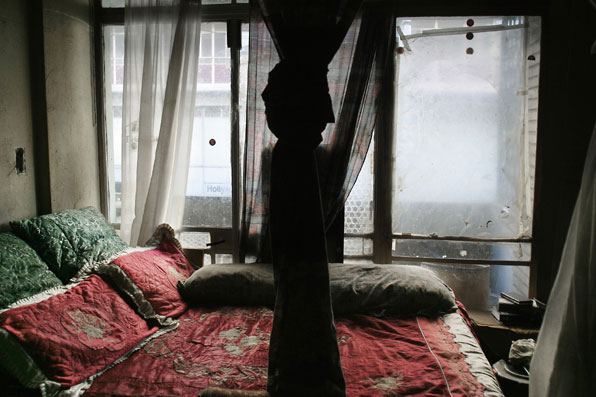 White residents fled Johannesburg’s inner city in the 1990s. The removal of the Group Areas Act foreshadowed a flow into the city of black residents and owners of small businesses seeking opportunities and better lives. Former denizens looked back in self-righteous justification at a city that was given over to plunder and mayhem. It was a self-fulfilling prophecy, backed up by eyewitness reports and statistics. Everyone had their horror stories. (…)

The relationship between tenants and owners or their agents deteriorated with disputes over the state of the buildings, and in some cases resulted in unpaid rents and dues. The buildings started looking like fire hazards, and the City Council began closing on them for unpaid utilities.In between the needs of City Council and the aspirations of developers anticipating the bloom of an African city lies the fate of Jo’burg’s residents. The outcome will decide whether or not Johannesburg becomes, again, a city of exclusion.