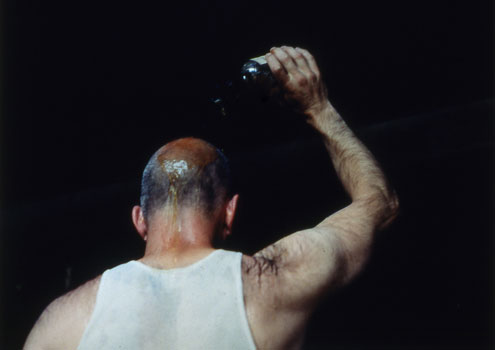 © Holly Lynton, Untitled #15 (in the basement), from the In Between series, 1999
“Someone shouts to me from across the street that I look too young to be driving. At the airport, a woman thinks I am waving goodbye to my sister, not my daughter. People will unabashedly state that I must be twelve, or sixteen, or at a stretch, perhaps twenty-two, even when their assumption defies logic. They will also go to great lengths to share their observation. I am particularly drawn to these moments where assumption, perception, and presentation collide to create fantasy.
I make large-scale, color, photographic prints and videos, turning mundane events and memories from my daily life into fantasies. The events can be anything from playing in the snow, to a bird getting caught in raspberry netting. Sometimes, I respond spontaneously to an event in the world and grab my camera. Other times, I recreate a scene from a past event, and photograph it.”
Holly Lynton 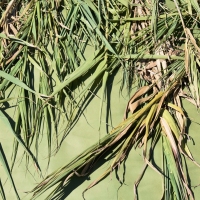