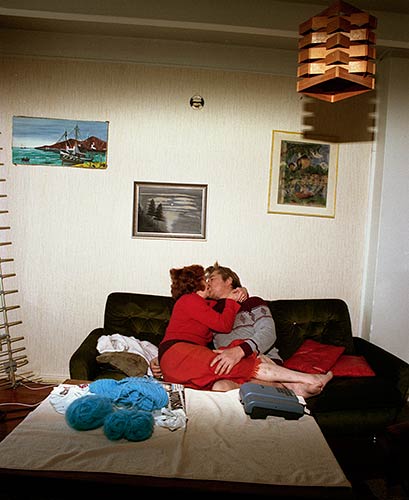 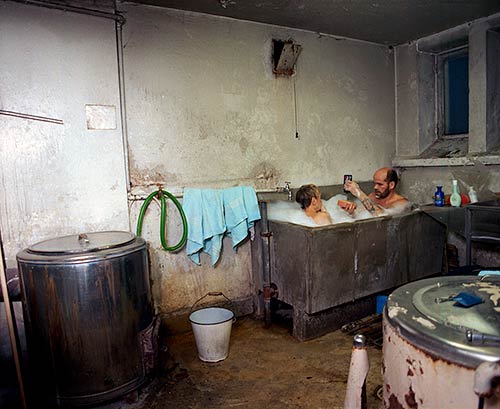 “This series of mine is an early example of interactive, staged and acted documentary by students of the University of Arts and Design in Helsinki. These are collaboration portraits of people in council flats – in address Intiankatu 20, Helsinki. For this series I tried to get the people involved in planning their picture as much as possible.
The wooden houses on Intiankatu were donated by Sweden in the 1950’s and meant for temporary housing while waiting for being appointed a proper flat. During decades, however, many of the dwellers found themselves staying in these houses for many years, even close to 40 years. Originally the houses had only outdoor toilets and when I worked showers and central heating was still missing as well as warm water and showers. Some of the images are quite direct critique against the conditions.”
Henrik Duncker