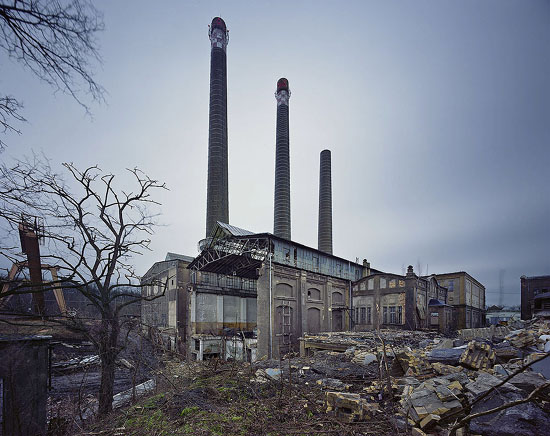 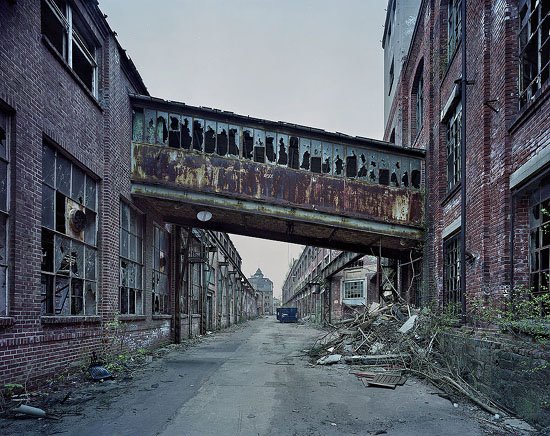 “During the industrial revolution, factories were built with a great aesthetic concern since there used to promote the image of companies.
More than all others, Germans proved to be particularly ingenious and original builders.
Eastern Germany was one of the most industrialized area. Industries of every type were established, it resulted an extraordinary diversity of architectural forms.
With the Soviet occupation, all the industries, even most obsolete ones, were maintained. The society was like frozen.
Thus the reunification caused closing-down of a number of factories,
an economical crisis and an exodus of the populations.
Since, cities are in full urban refitting, but the landscape
remains strongly marked by monumental industrial ruins.”

More of their work can be seen here.