© Andreas Weinand, Julia und André, from the series Finding Oneself, 1990

© Andreas Weinand, Gero und Olli, from the series Finding Oneself, 1989 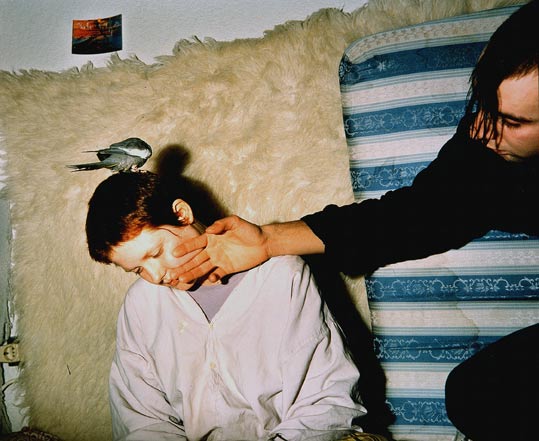 © Andreas Weinand, Anna und Gero, from the series Finding Oneself, 1990

“While reflecting on my own youth, the cycle Finding Oneself developed from 1988 – 1990 in Essen. The philosophy of life held by the people I photographed during this time reminded me in a way of my own philosophy as a young person in the ’70s, that of not seeing in society a chance for one`s future. The protest of not conforming to society`s conventions, as they were at that time, is an issue I felt also existed amongst the people I met while photographing Finding Oneself.

But as this work developed, I became aware of my own subjective interpretation of the situation; I could no longer compare the lifestyle of those represented in Finding Oneself with that of my own youth. Rather, I recognized that I looked at their lifestyle with the eyes of an adult. My youth had been more than 10 years prior. Out of this tension between sympathy and distance I developed my photographic message.

Both works deal with the question of the identity of the individual within a community. The people in both groups are looking for social contacts. They develop habits and demonstrate their outlook on life. One can say that the individuals and families from Deutsche Volksfeste adhere to a set of rules created for them by previous generations and help to convey those rules0 and codes of behaviour to future generations. Simply said, the people from Finding Oneself oppose the principles and manners given to them by their upbringing. They create a way of living that demonstrates their rejection of social values. In living out this rejection, they create other rules and codes of behaviour.” 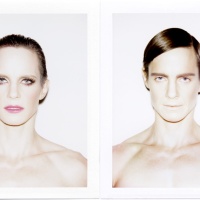