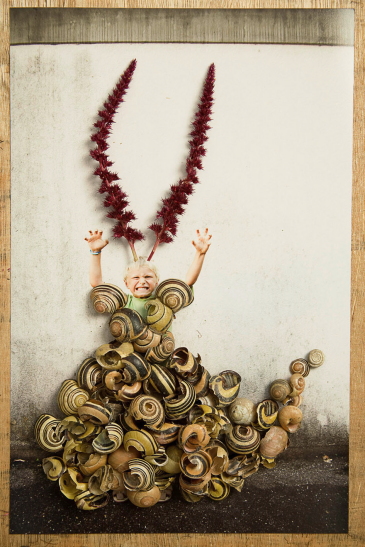 “Like amateur pornography, the pleasure of von Holleben’s work derives from its honesty. “People appreciate I’m not over-constructing an image: changing it in Photoshop 25 times, and their sense of reality alongside. I’m mucking around, but I’m not trying to cheat anyone (…) Play shapes von Holleben’s worldview – he sees it as a way to explore selfhood, relationships and ultimately reality. “Alongside Homo sapiens exists Homo ludens – the person who understands himself and the world through play,” says von Holleben. It’s an old idea, he points out. Alongside the Dutch theorist who coined the phrase, references to the primacy of play can be found from Aristotle to the Bible. The perspective fits snugly with von Holleben’s own past, too. He grew up in a commune, and spent innumerable afternoons building treehouses with friends. Seen in this context, his images are simply open games. Adopting the furniture and locations of everyday life lends them an immediate surrealism, and their deliberate crudeness makes the game explicit. Von Holleben’s viewers must invest themselves to consummate the image, and the outcome is magical realism. “The viewer has the chance to understand what I’ve done, but I do it in such a way that they don’t want to understand it,” he says. “No one wants to see a kid lying on the floor, they want to see a kid flying. They want to keep this shared vision alive.” By exploring the fantastical potential of everyday life, the viewer discovers a mode of perception that reclaims life from the banality of fact.”