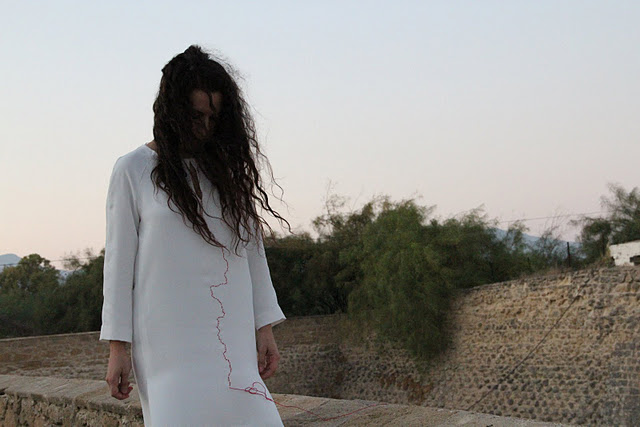 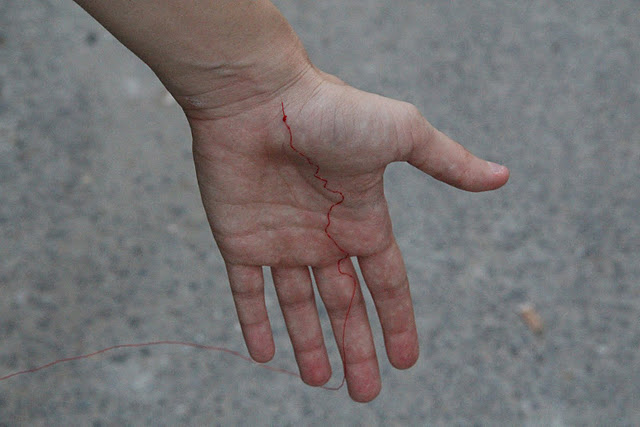 “mapping the body is a practice-led research realized in Nicosia city. During the months July-August I have crossed the Ledra Palace and Ledra street checkpoints (the two check points within Nicosia walls) several times in order to experience both sides of my native city. I have realized several durational walks along the green line from its both sides, the North and the South part, before the realization of the third phase and the artistic research phase of this project.
I decided to study only the green line that divides the two parts of Nicosia within the walls, where the Greek-Cypriot and Turkish-Cypriot communities leave so close within these walls but they are separated and distanced.
(…)
As a Greek-Cypriot I am using the absence of this other side and the hidden part of my belonging in order to question melancholy and how it can shape identity anew. I opt to capture the fragile moments of the self and the gaps of identity between self and other, the shift between internal and external consciousness and the moment where the self endeavors to identify itself or be identified in relation to the other, inside the topographic frame of the walls of Nicosia. This is an aim to deconstruct and rethink identity and perception from an-other perspective through and with the use of performance practice , and maybe to shape a sense of oneness in the emotional and topographical separation.”

Christina’s project “Mapping the body” can be found here; past works here

I have very little to add to Christina’s statement about this project, except that I find it much more penetrating than the description she gives. Although this is a conceptual performance and seems to incorporate some theoretical background (in which and so that the object – the performance – may be situated and mapped) it is very emotional, very much about universal feelings of loss and wanting to belong to the place and to the people that surround us, or wanting them to be somehow craved in our skin. It reminds me of Sokurov’s Mother and Son (when we see the son carrying his sick mother through a long walk), but also of Francis Alys’ performances and some female photographers’ work, as Hanna Wilke, so to say it is as particular – related to topographical notions of the body and a fragmented idea of the urges that same body can accept – as it is close to us all.