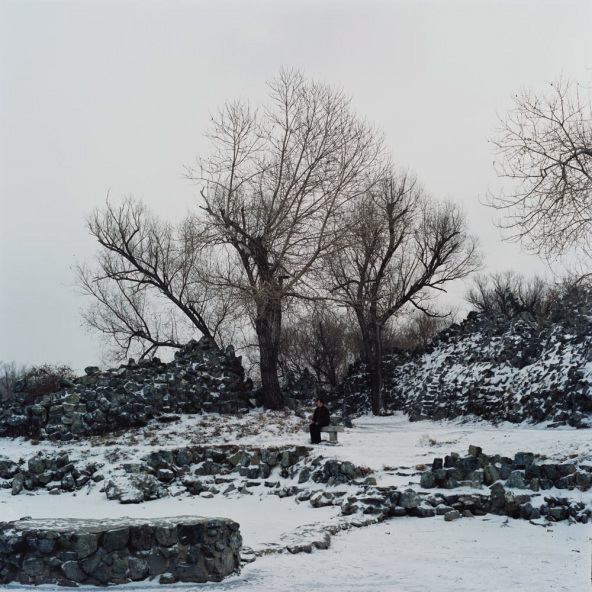 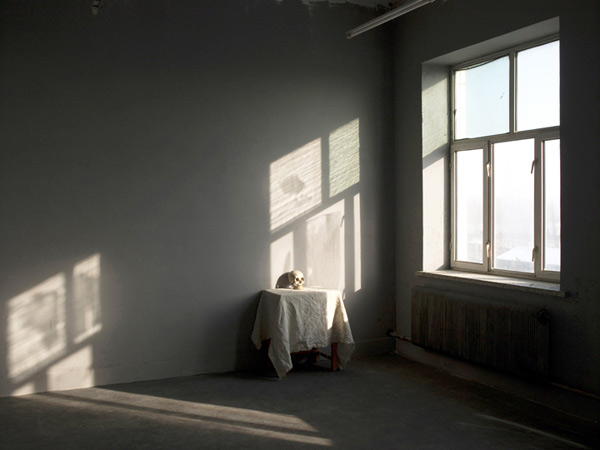 Time and memory weave through Hai Bo’s work, as they have for the last 20 years. For one series, They, he obtained souvenir-photos from family friends and acquaintances taken during the era of the Cultural Revolution (1966-76). Often these were group portraits of Red Army members posed in rows: No hierarchy of importance was allowed and anonymity was underscored with uniform haircuts and utilitarian clothing. With a distance of 30 years, Hai Bo found and gathered the same individuals to recreate the original souvenir-photos. He posed them in the exact positions. Then he paired the pictures of past and present in diptych form. Today, with the influx of Western influences in China, hairstyles and clothing vary from one person to the next. And, because the subjects are not part of a danwei (work unit), the re-photographed individuals are no longer interchangeable with one another. Rather than members of a group, they are individuals grouped together.

They highlights not only the passing of time, but also the poignant cultural divide between China then—the agrarian-based communist country under Mao Zedong, when the Cultural Revolution swept away the vast legacy of Chinese traditions in the arts and literature—and China today, which is undergoing a rapid expansion, westernization, and industrialization as part of the global market economy.

Still, Hai Bo’s artistic preoccupations are grounded in personal experience. “After moving to Beijing, my hometown took on a new perspective,” he wrote in 2005. “Once I returned to Changchun and met an old acquaintance of my mother on the street. She and her friends used to play with me when I was small, and in my mind they were a group of beautiful young girls. I was shocked by the middle-aged woman in front of me and, without thinking, I exclaimed: ‘How come you have become so old!’ She replied: ‘Look at yourself, have you not grown up as well!’ I suddenly felt the cruelty of time.”