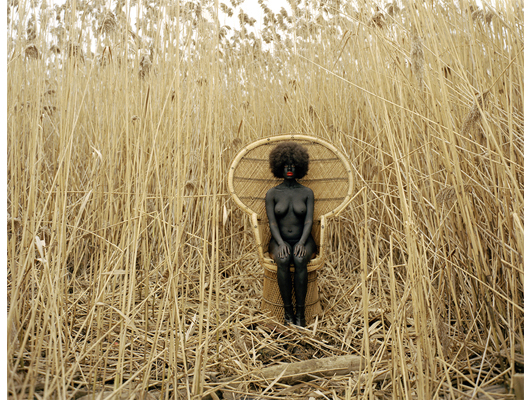 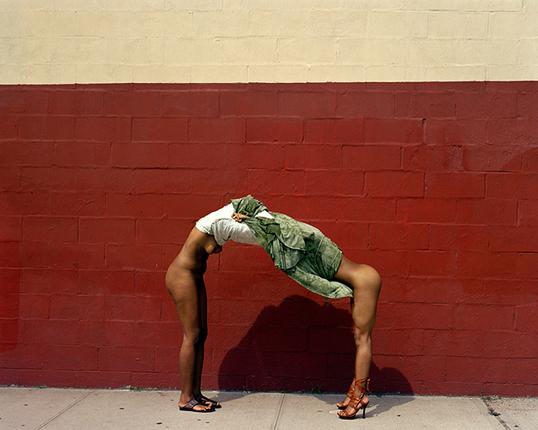 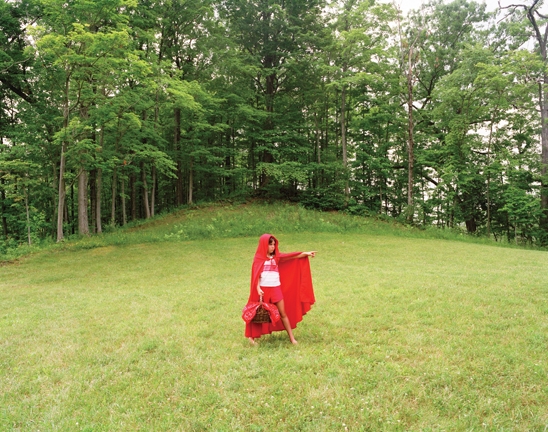 “Simmons, as an artist, doubles down. She captures the fiction/truth dialectic as well as anyone, disarticulating assumptions about the quietly composed and staged images she makes. She’s a Brecht of the photographic endeavor. In her work, Simmons is not so much documenting the performance before the camera, but the performance itself. In one image from the series If We Believe in Theory, Simmons captures a young girl in the woods dressed like Little Red Riding Hood. It’s an example of Simmons using the suggestion of performance to capture the explicit and contradictory nature of individuality. Her subject becomes herself, and also a dismembered characterization of what we’re accustomed to look at. Still, it is not simply Simmons’s understanding of the imagistic theater of photography that is useful, but her way of using form to acknowledge that image is at the center of the creative construction of collective and personal histories. Simmons is a lexicographer who fuses live material and conceptual conceit; she deconstructs and retains a relation to specific times and places. Perhaps paradoxically, she often achieves this through unabashedly excessive detail, like in One Day and Back Then (Standing), where her character stands in a field of sea reeds in blackface, looking out at us, wearing all black (including stiletto boots), ready for a night out on the town.”

excerpt of an article by Adam Pendleton, in Bomb. continue reading here