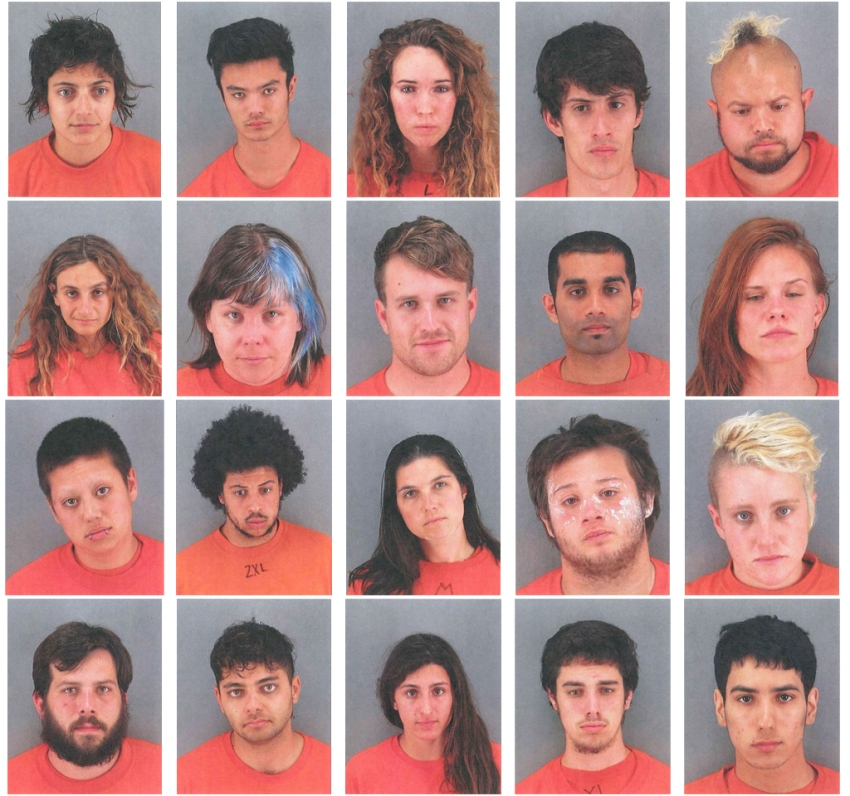 The detained protesters are now facing charges of conspiracy, riot, refusing to obey a lawful order from a police officer and resisting, delaying and obstructing a police officer, and assault and battery on a police officer. The bail for each person is VERY high, from $36,000 to 51,000.

(…)Gentrification is all about private property and the primacy of property rights over human needs in a market society. Vandalism of the property of wealthy invaders is an organic automatic response to the threat of dispossession gentrification brings. But sometimes a brick through a window is only a brick in a window. In fact, in most cases a broken window is just a broken window, a mere expression of atomized powerless rage. Context is everything.(…)

(…)In a period of relative social peace, authentic revolutionary extremist action is all about communication. It is about communication to the virtual complete exclusion of all else. If an action or event fails to communicate, then it has failed completely — and it doesn’t matter how much fun it was for the people doing it. Subjectively radical individuals have to try to communicate an uncompromising subversive message, on as wide a scale as possible, of direct relevance to the mundane everyday life concerns of mainstream working people. And this is usually best done as capitalist society itself generates opportunities for it.(…)

an excerpt from Max Crosby‘s In San Francisco’s Mission District, the Black Bloc Breaks Some Windows and Fails to Make an Impact. Continue reading here