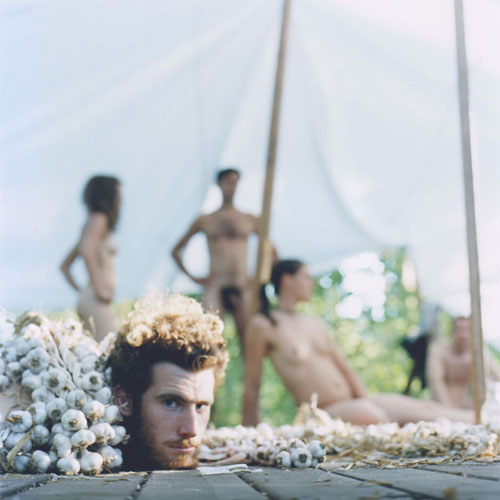 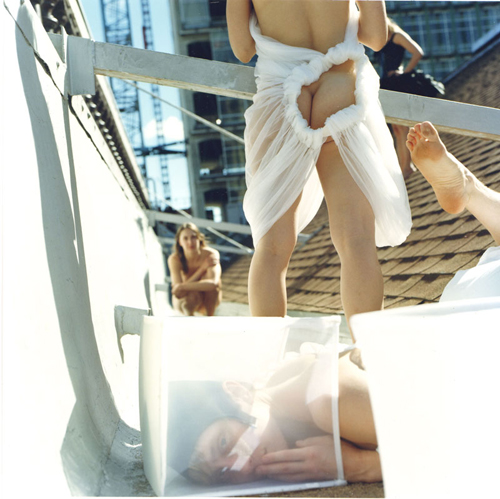 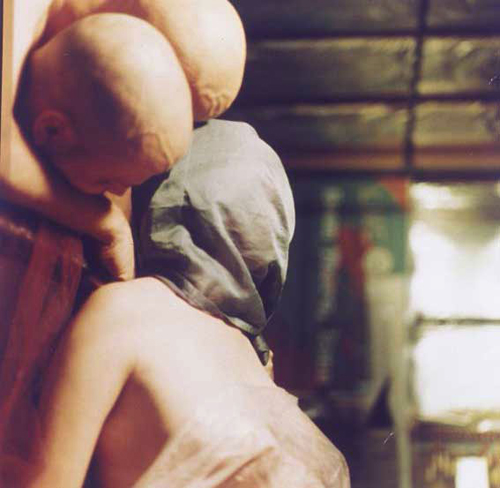 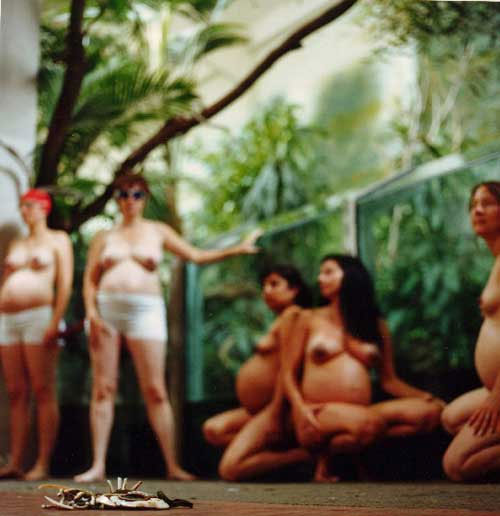 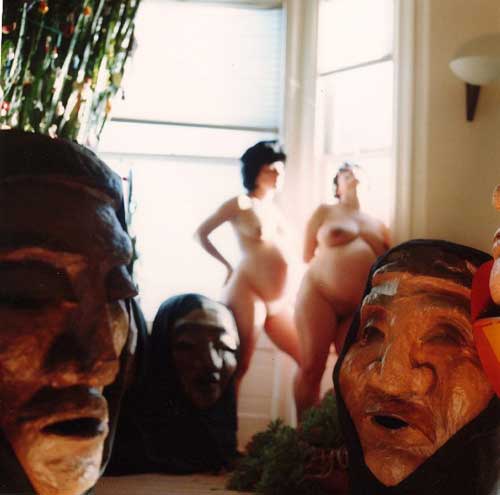 “As a Deleuzian nomadic feminist, my photographic work explores a dynamic disequilibrium. My photographs play with inter-relating imbrications—concurrent, multiple, contradictory tendencies.My pedagogical and art-based research explores the possibilities of radical citizenship by actively cultivating vulnerability through corporeal inquiries. Irreducibly allusive corpo-visual language unfolds as embodied rhizomatic vulnerabilities. My project is intricately rooted in the potential of a rhizomatic uncanny—”reducible neither to the One nor the multiple” (Mille Plateaux 22). I ground my theoretical investigations within narratives of personal experience —sexual becomings and analog photography. As a strategy to elucidate my theoretical queries, I refer both to my philosophical underpinnings and the international public reception of my photographs—which frequently has led to censorship. In doing so, I practice an embodied theory that advocates a politics, philosophy, and pedagogical commitment rooted in everyday behavior and interaction. A commitment to this heterogeneous embodied thinking has the potential to rupture cultural assumptions. It explores the cross-fertilization of Deleuze’s enfoldments as disarticulated membranes. This awareness awakens the possibility of fully inhabiting our bodies—bodies that pulse with the multiplicity of the ‘I’—as inherently interdisciplinary. Revitalization of both individual and social bodies produces enfoldments of psyche-somatic consciousness. No hierarchies survive these monstrous, heterogeneous, multiple entwinings of body intelligence and wisdom. The body becomes a condition for participatory democracy—a lived erotic politics.

My intention is to play with relationships amongst actual, liminal anatomical characteristics, and not to create artifice. Zizek tells us that “…Deleuze’s Spinoza is the Spinoza of the real, of ‘anarchic’ bodily mixtures” (Zizek188). The relationships among the “objects” within my photographs play out a process of continual de-centering and excess. I hope this language of critical imagination becomes an erogenous life-affirming power, breaking up predetermined taxonomies of knowledge, suspending what we think we know: “…the uncanny is destined to elude mastery, it is what cannot be pinned down or controlled. The uncanny is never simply a question of a statement, description or definition, but always engages a performative dimension, a maddening supplement, something unpredictable and additionally strange happening in and to what is being stated, described or defined” (Royle 16). This Deleuzian language of the uncanny cannot be taxonomied, classified, binarized.

How can we challenge, personally and collectively, our socialized fear and distrust of self-doubt, what comes out of our bodies, and what goes on inside them? For the past twenty years, these questions have compelled me to collaborate on cross-disciplinary projects with choreographers, composers, architects, philosophers, anthropologists, and geographers. Although I am a photographer, I experience my work as sculptural, cinematic, and performative—a two-dimensional manifestation of dance, sculpture, poetry, sociological investigation, and philosophical engagement rather than solely as “photography.” I shoot my still images with an analog large-format SLR Hasselblad camera. This is one reason why collaborating with artists from other disciplines is critical to my working process. This visual improvisation requires that each of us give up ownership and entitlement and enter a rhizomatic field of vulnerability, a surrender to dialogic self-sacrifice. This surrender becomes a dialogic relationship in which collaboration thwarts binary, reductive thinking. This self-sacrifice, not only in the sense of release of entitlement and ownership, but also as precisely the openness of vulnerability, if used consciously can become an explicit and emancipatory strategy for erotic agency. What evolves, then, is a recognition of our species’ de-centrality—deterritorialization establishes this new community— as an ever-unfolding statelessness of Becoming. Within this field of vulnerability, we are embedded in an interdependent rhizomatic dialogue. A dialogic self-sacrifice, inherent in the erotics of the uncanny, becomes a practice of the abject, which provokes terror because it shows, demonstrates, monstrifies how we are all connected. This sacrifice invites collaborative citizenship in which “the experience of oneself as a foreign body” (Royle 2) is paramount. Congruently, Spinoza’s “feeling” of surrender occupies the real. This self-sacrifice, inherent in uncanny rhizomatic vulnerabilities, becomes a practice of the real, of being open to the raw exposure of participating in unknown territory.”

excerpt of Practicing the Abject: Deleuze and the Analog Uncanny, in Rhizomes » Issue 23 (2012). continue reading here