© Kirsten Hoving, Birth of the star system, from the series Night Wanderers, 2010

© Kirsten Hoving, Music of the Spheres, from the series Night Wanderers, 2010 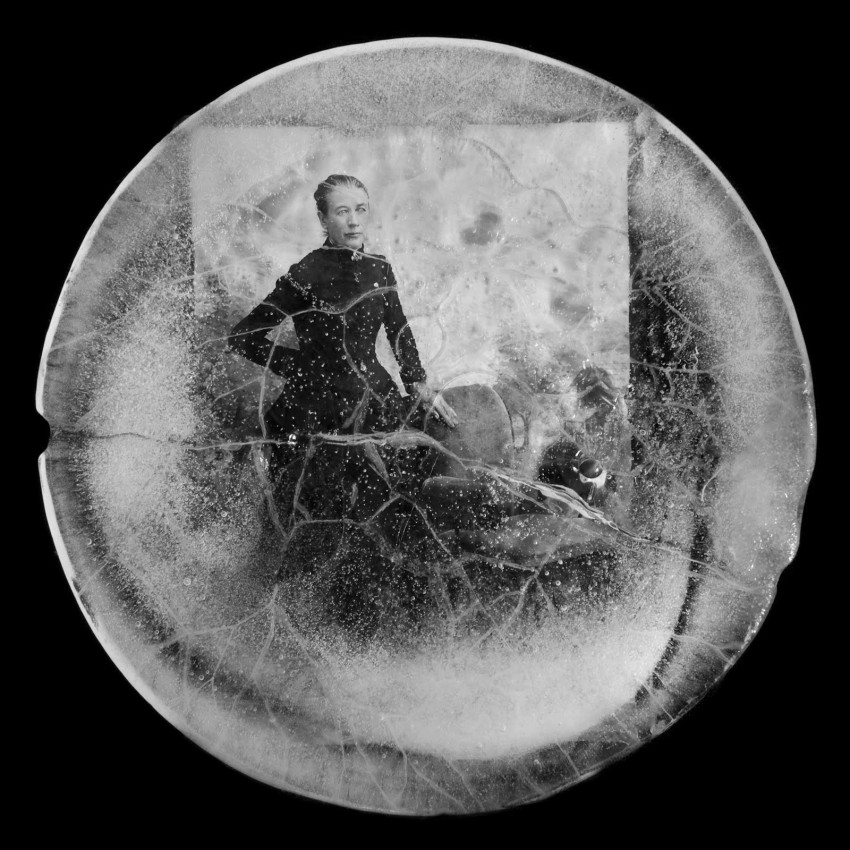 “Night Wanderers is a series of photographs envisioning the cosmos. I photograph objects and nineteenth-century photographs frozen in or placed under disks of ice to create the feeling of galactic swirls of stars, galaxies and spiral nebulae.

For this series, I have been influenced not by the work of other photographers, but by the collage and assemblage art of the American artist Joseph Cornell. In the course of writing an art historical book on the artist, Joseph Cornell and Astronomy: A Case for the Stars (Princeton University Press, 2009), I became aware of the artist’s deep and abiding interest in astronomy. I also came to understand his creative process, which involved juxtaposing objects in often unexpected ways. His working method encouraged me to take risks, to experiment, and to be willing to destroy one object to create another. He also taught me to appreciate the stars.

Using ice as a still life object is always a challenging process. I partially thaw the ice to create transparent and translucent areas, then work quickly to photograph it. While I choose objects and photographs that recall earlier times (an outdated globe, old cartes-de-visite) to help remind us that star light is old light, the ice that encases them underscores the elegance and fragility of our place in the universe.” Kirsten’s statement

This work made me think of Laura Marling‘s Night Terror, so here it is: