photo caption (above) © Chris Toalson, Penguins, from the series Dioramas, 2007 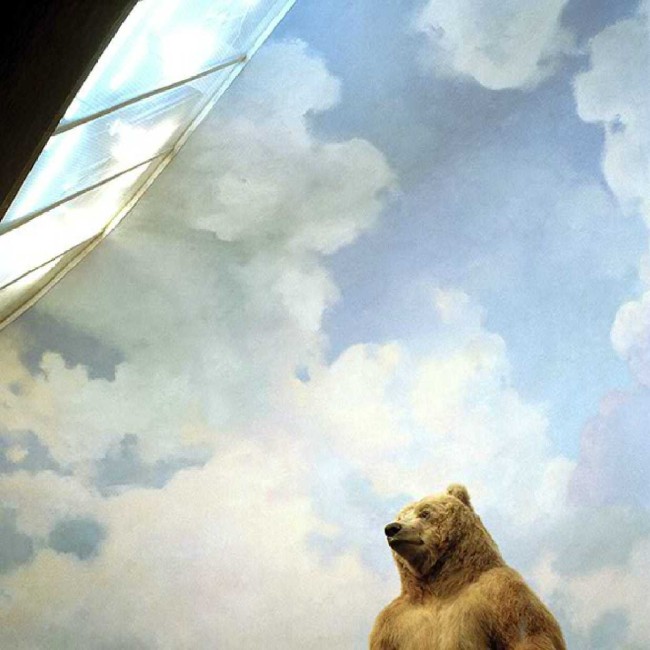 “My photographic thesis, True West, calls into question the seeming American fascination with the American West. The current state of the West is one where history has become intertwined with myth, where each influences the other, and where more often than not, myth prevails. This thesis is an attempt to understand how we interpret history when authenticity is difficult to distinguish from fabrication. In doing so, my work is meant to encourage a refocus toward a more factual history. My photographs question authenticity, and ask where we draw the line between myth and fact. Throughout the development of this body of work, I’ve become extremely interested in the ways that the myth of the West presents itself as the tourist’s destination, the artist’s canvas, the cigarette company’s advertising campaign, and the filmmaker’s plotline and in doing so become reality.

The photographs in True West are images of images. Rather than depict majestic landscapes impacted by human development, as some of the New Topographics era of photographers so clearly laid out, or the West’s variety of interesting characters, as in Richard Avedon’s In the American West, I’ve utilized photography’s ability as a representational tool to record and re-present already existing representations of western myth. Each image serves as a metaphor for the representation of myth, and in turn, the misrepresentation of truth occurring both within and beyond the lens. excerpt of Chris’ thesis True West that can be accessed here