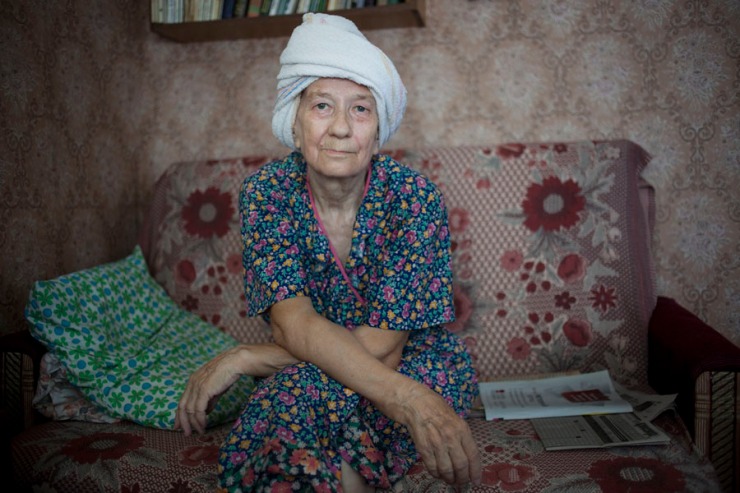 © Nadia Sablin, all photographs from the series Alehovshchina: Two Sisters

“In 1952, my grandfather began to lose his vision as a result of being wounded in WWII. Wanting to return to the place where he grew up, he found an unoccupied hill in a village in the Leningrad region of Russia, close to his brothers, sisters and numerous cousins. He took his house apart, log by log, and floated it down the Oyat river to its new location and reconstructed it. This house, with no running water or heat, is the place where my father and his siblings grew up, each moving to the big city after finishing school.
Now, more than half a century later, the house still stands, occupied by two of my aunts in the warmer months. They plant potatoes, bring water from the well, and chop wood for heating the stove. For the last three years, I’ve spent the summer in the village, photographing my aunts’ quiet occupations, and the small world surrounding them. Their life spent in the routine of chores, handiwork and puzzles seems untouched by the passage of time.”