Conceptually, Andrea’s work is amongst the most interesting I’ve seen recently. His works have their own language, both conceptual and documentary, buh also appealing to the senses, evoking sound and parallel universes. His photographs not only evoke sculpture as they are presented like one, as much as they are performances, with their own body, breathing in their own space and time.

“A Few Invisible Sculptures #1, a large scale photograph, captures a performance Galvani staged in one of the oldest clay pits known in Europe. Now abandoned as an open museum, the clay pit in question supplied materials for terracotta artifacts and sculptures for over four centuries of human development. For his intervention in this historically loaded landscape, Galvani constructed a geometric steel sculpture and used it to replace the fuel tank on a motocross bike. The volume of fuel was translated into discrete action by instructing a rider to drive the bike in a continuous loop until all of the fuel was spent. The resulting sculpture takes the form of an excavation, translating the volume of fuel into a displaced volume of clay.

In A Few Invisible Sculptures #5, a second motorcycle and fabricated fuel tank sculpture come to rest at the end of the action. Documenting the end point of the sculpture’s existence, the photograph allows both a sense of monumentality and one of impermanence to coexist.” 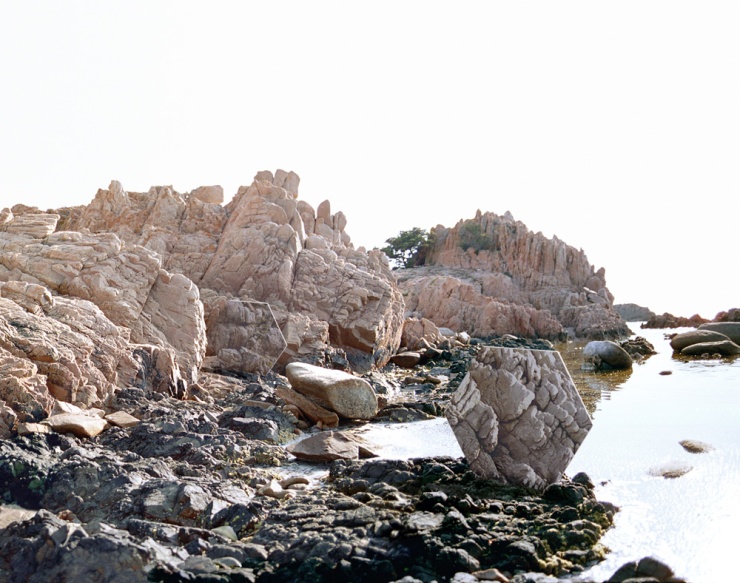 “Deconstruction of a Mountain is a complex project that started out as a video, but for which, for the time being, I’m presenting a series of stills. I don’t like to talk about projects that haven’t yet been finished. I can say that, at the same time, I’m working on Il muro del suono (The Sound Barrier): its title refers to the physical phenomenon due to which an object (most frequently a plane) that exceeds the speed of propagation of sound (1,200 kph) probably enters a sort of capsule of silence. Both projects are related to the time of history and that of individuals, the image and its representation, and also the geography of an area and the invisible geometries sustaining it.”

I like to think of velocity as an access code to another level, a propelling acceleration so rapid that resets all references. When a plane goes beyond the speed of sound, it enters a capsule of silence. Its mass meets with a physical limit, abruptly interrupting the diffusion of sound waves, which are compressed until they stick to its surface like a glove. In the project Wall of Sound, a selection of photographic images are blown up and moved physically around the shoot location. The collision between actual landscape and photographic clone generates a force field, a visual plunge built around the rectangular perimeter that borders the images. The time between production and reproduction is compressed to the point that it appears absent.Wall of Sound is the staging of an impossible simultaneity, a two-dimensional deception, a transgression in the hysteresis of reality. The images both reveal and subtract. They are erected as altars and they safeguard mystery.” 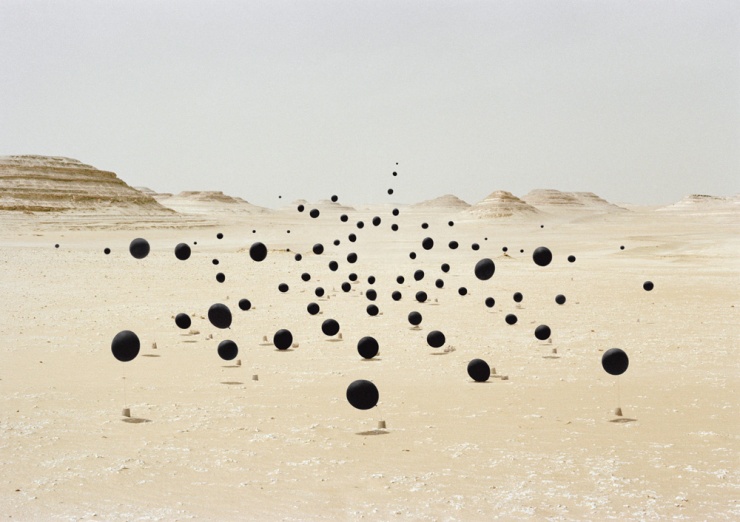