In another place, in another life, I mentioned North Koreans’ love for Photoshop. While reading about North Korea’s recent declaration of war I come across several other examples of this love affair, which will follow below.

Alan Taylor, at “The Atlantic”: While researching a photo entry about North Korea’s recent threats of war, I discovered an image released by North Korea’s official Korean Central News Agency (KCNA) that appears to have been digitally manipulated — at least two, possibly three hovercraft appear to have been pasted into the scene of a military exercise, reportedly taking place on North Korea’s east coast on March 25, 2013. Two hovercraft crashing through the surf, nearest to the photographer, appear to be just a single hovercraft, with a digital twin copied and pasted nearby. Two of the more distant craft appear to be digital twins as well. A third vehicle in the scene has some of the hallmarks of digital pasting, including color mismatch, a slight halo, and soft edges. We contacted AFP, which distributed this image from KCNA, and they have since removed the image due to evidence of tampering.

And here is Brian Ashcraft’s, from “Kotaku”, look back at some of the high points (low points?) of possible North Korean Photoshops over the years, whether that’s adding food, livestock, or a then sickly Kim Jong-il to photos. 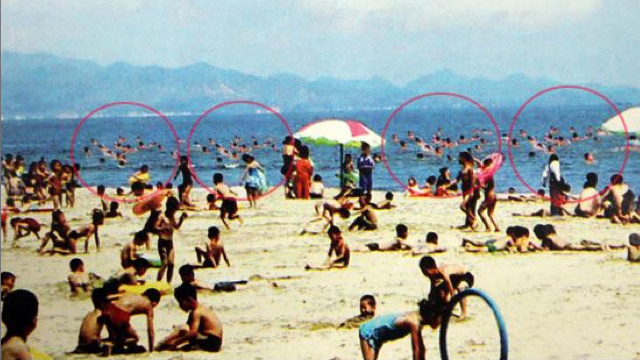 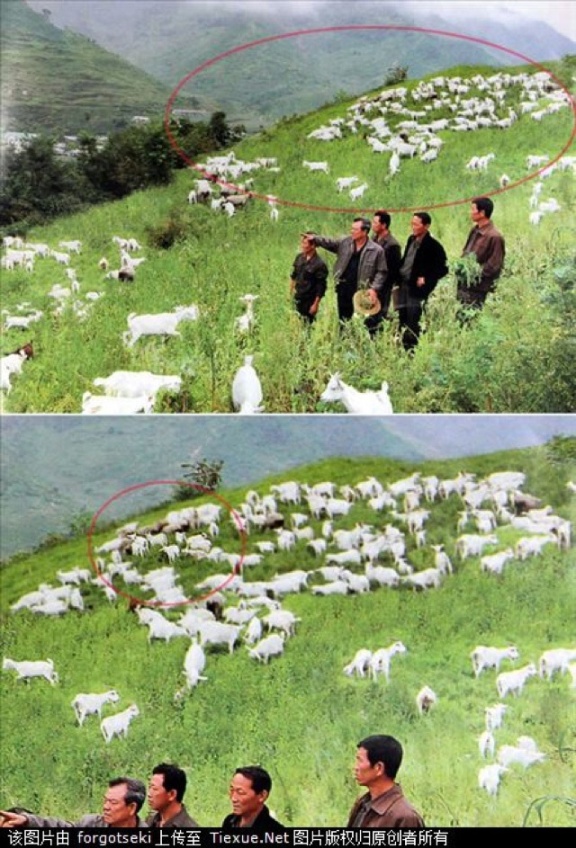 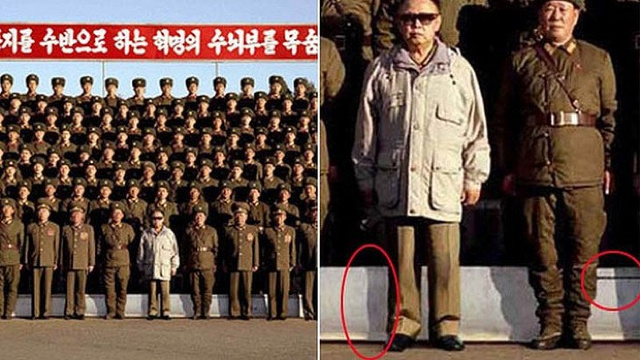 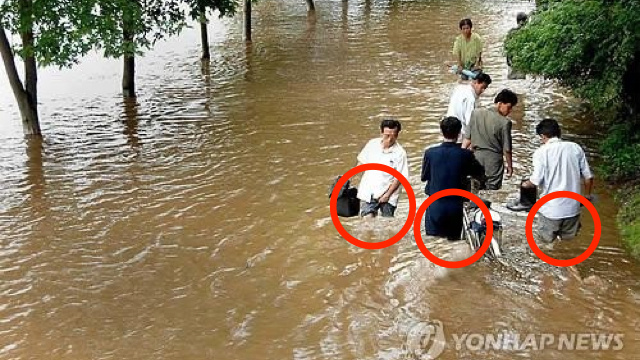