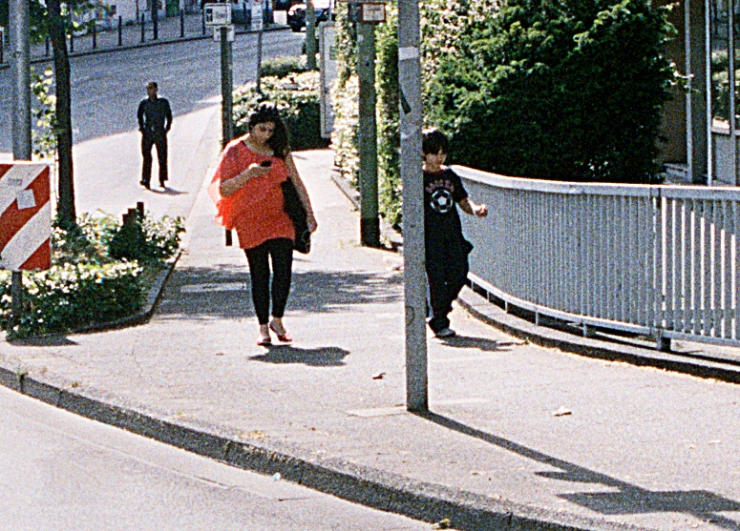 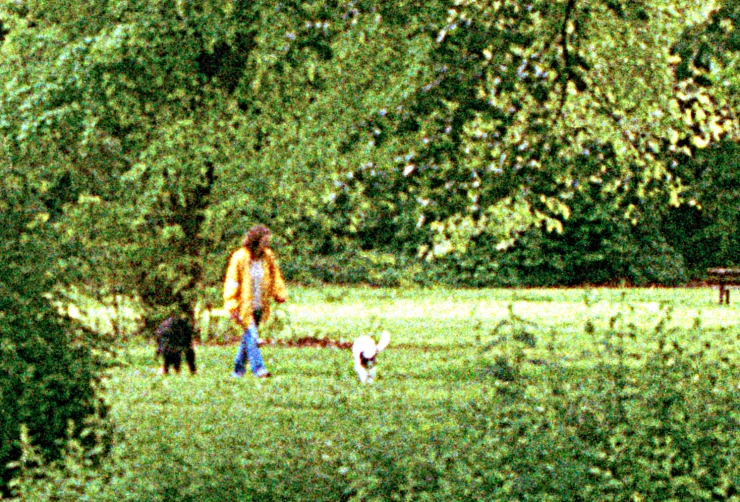 © Ricardo Baltazer, all Untitled, from the series Touching from a Distance, 2012

Ricardo’s project Touching from a Distance was shot in Essen, Germany, in 2012. All images are blow-ups of snapshots he took while paving the streets. Inevitably, they refer to the distance between the author and the subject portrayed, as they speak about the desire to get closer. These blow-ups are attempted gazes, attempts at assuring the account of oneself while trying to look at his surroundings. They are as much voyeuristic as they are introspective, in the sense that what one does while looking desperately out, is trying for a way in.

The camera, as an automaton one can trigger to mediate the space between the self and the other, is always a transparent and potentially authentic way of speaking about the way the author is trying to connect. To view the world through a camera is not to connect with it. Either you are in an impulsive rational process of trying to see beyond reality or you choose to try to be in the present. So this is about the process less than it is about the result. The framing, the composition, the colors, are singular points amidst an abstract composition where the lines are created between people’s gazes.

We know what blow-ups looks like, how they all resemble surveillance stills and evoke the invasion of privacy. I’d like to reference Michael Haneke’s Caché about the contemporary obsession with security which comes to be a way of spreading the false notion of power and control over one’s life. What Ricardo exposes here is the opposite, the notion of fragility, as he lets us know of his state of exception, as a foreigner, behaving as an alien who is forced to document his life through the looks of others, in order to prove his existence.