┐ This is punctum └

It’s never too late to talk about punctum. Roland Barthes created The concept, very simple to access but very difficult to locate in linguistic terms. It remains submissive to the subjective order and to the the representation of an image of affection. If one believes in an authentic point of view one should also be allowed to believe in an authentic way of connecting to those who choose to speak through their relation with the world of ideas. Ideas that are both the light and their shadow and that can be accessed in between. This is punctum for me, studium for someone else and an unattainable word in between. 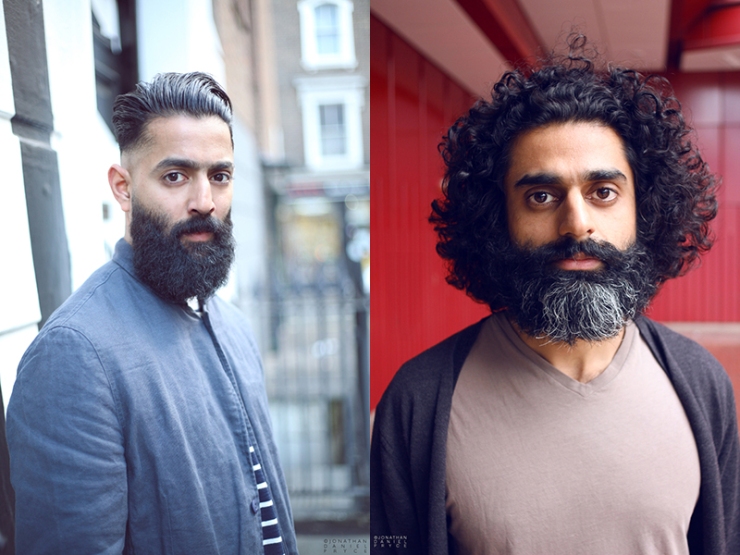 I’m a sucker for beards and an Arab physiognomy, that’s how this post came about, after seeing Jonathan Daniel Pryce’s project blog 100 beards, 100 days  even if his use of the photographic medium doesn’t speak to me at all.

“Like the lover who wishes to address the singularity of his beloved without recourse to the lover’s discourse he inherits, Barthes seeks to invent a language that would be more faithful to what he “perceives” to be the singular, paradoxical, and contradictory character of photography. He suggests that, in order to submit to the photographic adventure, to surrender to the unprecedented experience of photography, we must invent a language with which we can approach it, even if we know we may never seize or capture it. Like all lovers, the Barthesian lover therefore seeks to name a world that has never yet existed before his eyes, as if his language might, in calling it forth, touch it for the first time. Indeed, as we know from his earlier analysis of the lover’s discourse, language desires nothing more and nothing else than to touch the beloved’s body—and the world in which it exists.(…)

Bound together like the copy and its negative, the punctum and the studium are the two fictional poles of photography: each image pretends to reach them but never entirely succeeds. Punctum and studium are the two threads that, together, constitute the materiality of photographic language: contingency, chance, gratuitousness, singularity, and difference, on the one hand, and necessity, predictability, composition, regularity, and repetition, on the other. In this way, every photograph not only shows what it exhibits—not only shows a relation between an observed subject and a subject observing captured on a piece of photographic paper—but also says, exhibit s, or performs what photography is. Photography is an amorous experience, magical and paradoxical: an objective chance, a necessary gratuitousness, “the tireless repetition of contingency”.(…)

This is why there is something uncanny in every photograph—a force of destabilization, something that leaves us in suspense even as it fascinates us. Like a “floating flash,” its “effect is certain but unlocatable, it does not find its sign, its name; it is sharp and yet lands in a vague zone of myself; it is acute yet muffled, it cries out in silence”. It is the force of a mark: the force of the index or of that past existence that has only an image as its trace, the force of the punctum or chance that wounds every image. The force of the photograph resides in its capacity to fascinate us and to leave us defenseless because photography—which often has been associated with the field of the Imaginary—does nothing else than point toward the very center of the Real, toward that place where we remain without words or without a gaze. This is why we so often remain mute in front of an image: it is as if, for a fleeting second, we are viewing what cannot be named. This also is why Kafka’s phrase—that we “photograph things in order to drive them out of our minds”—connects the compulsion to photograph not to the necessity of registering or possessing the world, but to the possibility of not seeing it, and this is because, ultimately—or at the limit—photography points toward the Real itself, toward what we do not wish to name, toward what we do not wish to see: the punctum, the index, contingency, death. Nevertheless, whether we seal our lips, close our eyes, or take photographs of everything, the “floating flash” will not fade away or disappear. Perhaps to see a photograph we do not need to open our eyes to its literal brutality, but neither do we need to close them. Ultimately—or at the limit—perhaps we can view a photograph best when we look at it with our eyes half-closed, as when we look at the sun.”

excerpt of the article Notes on Love and Photography, by EDUARDO CADAVA and PAOLA CORTÉS-ROCCA, in OCTOBER 116, Spring 2006, pp. 3–34.