٠ Turkey as The place for an historical turn ٠

Two things justify this (another) post about Turkey: first, the fact that today – June 22nd -, confrontations restarted in Istanbul and Ankara, with the police intervening with TOMA’s, tear gas, sound bombs and arresting people; secondly, a text about the Turkish Uprising, by Alain Badiou, posted by Cengiz Erdem @ Senselogic, which would be more than worthy of a single feature, if not for the accompanying events. All photos by George Georgiou, who lived in Turkey for four and a half years and witnessed the geographical, demographic, sociological and political changes taking place. All photos from the series “Young Turks”, taken in the middle of Taksim square, for Panos Pictures.

“A large proportion of the educated youth all across Turkey are currently leading a vast movement against the government’s repressive and reactionary practices. This is a very important moment in what I have called “the rebirth of History.” In many countries around the world, middle school, high school, and university youth, supported by a part of the intellectuals and the middle class, are giving new life to Mao’s famous dictum: “It is right to revolt.” They are occupying squares and streets, symbolic places; they are marching, calling for freedom, “true democracy,” and a new life. They are demanding that the government either change its conservative politics or resign. They are resisting the violent attacks of the state police.

These are the features of what I have called an immediate uprising: one of the potential forces of popular revolutionary political action – in this case, the educated youth and a part of the salaried petty bourgeoisie – rises up, in its own name, against the reactionary state. I enthusiastically say: it is right to do so! But in so doing it opens up the problem of the duration and the scope of its uprising. It is right to take action, but what is the real reason for it in terms of thinking, and for the future?

The whole problem is whether this courageous uprising is capable of opening the way for a genuine historical riot. A riot is historical – as was the case only in Tunisia and Egypt, where the outcome of the struggle has still not been determined – when it brings together, under shared slogans, not just one but several potential actors of a new revolutionary politics: for example, in addition to the educated youth and middle class, large sectors of working-class youth, workers, women of the people, low-level employees, and so on. This move beyond the immediate riot toward a mass protest movement creates the possibility for a new type of organized politics, a politics that is durable, that merges the force of the people with the sharing of political ideas, and that thereby becomes capable of changing the overall situation of the country in question. 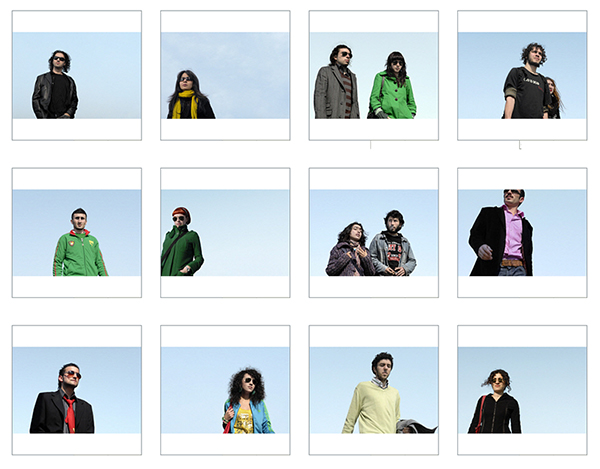 I know that a number of our Turkish friends are perfectly aware of this problem. They know three things in particular: that there must be no mistake about contradictions; that the movement mustn’t pursue the path of a “desire for the West;” and that it is above all necessary to join with the popular masses in inventing, with people other than themselves – with workers, minor employees, women of the people, farmers, unemployed people, foreigners, and so on – forms of political organization that are currently unknown.

For example, is the main contradiction in Turkey today between the conservative Muslim religion and freedom of thought? We know it is dangerous to think so, even and above all if this is a widespread idea in the countries of capitalist Europe. Of course, the current Turkish government openly claims allegiance to the dominant religion. It is the Muslim religion, but ultimately that’s only a minor issue: even today, Germany is governed by Christian democracy, the President of the United States takes the oath of office on the Bible, President Putin, in Russia, constantly panders to the Orthodox clergy, and the Israeli government constantly exploits the Jewish religion. Reactionaries have always and everywhere used religion to rally a part of the popular masses to their government; there’s nothing particularly “Muslim” about this. And it should in no way lead to regarding the opposition between religion and freedom of thought as the main contradiction of the current situation in Turkey. What should be made clear is that the exploitation of religion serves precisely to conceal the real political questions, to overshadow the basic conflict between the emancipation of the popular masses and the oligarchical development of Turkish capitalism. Experience shows that religion, as personal, private belief, is by no means incompatible with commitment to a politics of emancipation. It is surely in this tolerant direction, which requires only that religion and state power not be confused and that people distinguish in themselves between religious belief and political conviction, that the uprising currently underway must move in order to acquire the stature of a historical riot and invent a new political path.

Similarly, our friends are perfectly aware that what is currently being created in Turkey cannot be the desire for what already exists in the rich, powerful countries like the United States, Germany and France. The word “democracy” in this regard is ambiguous. Do people want to invent a new organization of society, headed toward genuine equality? Do they want to overthrow the capitalist oligarchy of which the “religious” government is the servant but of which anti-religious factions, in Turkey as in France, have been, and can become again, the no less efficient servants? Or do they only want to live the way the middle class lives in the major Western countries? Is the action being guided by the Idea of popular emancipation and equality? Or by a desire to create a solidly established middle class that will be the mainstay of a Western-style “democracy,” that is, completely subject to the authority of Capital? Do they want a democracy in its genuine political meaning, namely, a real power of the people imposing its rule on landlords and the wealthy, or “democracy” in its current Western meaning: consensus around the most ruthless capitalism, provided that a middle class can benefit from it and live and speak as it wishes, since the essential mechanism of business, imperialism, and the destruction of the world won’t be tampered with? This choice will determine whether the current uprising is just a modernization of Turkish capitalism and its integration into the world market, or whether it is truly oriented toward a creative politics of emancipation, giving new impetus to the universal history of Communism.

And the ultimate criterion for all this is actually quite simple: the educated youth must take the steps that will bring them closer to the other potential actors of a historical riot. They must spread their movement’s enthusiasm beyond their own social existence. They must create the means of living with the broad popular masses, of sharing the thoughts and practical innovations of the new politics with them. They must give up the temptation to adopt, for their own benefit, the “Western” conception of democracy, meaning: the simple, self-serving desire for a middle class to exist in Turkey as an electoral and falsely democratic client of an oligarchic power integrated into the world market of capital and commodities. This is called: liaison with the masses. Without it, the admirable current revolt will end in a subtler and more dangerous form of subservience: the kind we are familiar with in our old capitalist countries.

We intellectuals and militants in France and other rich countries of the imperialist West implore our Turkish friends to avoid creating a situation like ours in their country. To you, our dear Turkish friends, we say: the greatest favor you can do for us is to prove that your uprising is taking you to a different place from ours, that it is creating a situation whereby the material and intellectual corruption in which our sick old countries are languishing today will be impossible.

Fortunately, I know that in contemporary Turkey, among all our Turkish friends, the means exist to avoid the erroneous desire to be like us. This great country, with its long, tormented history, can and must surprise us. It is the ideal place for a great historical and political innovation to occur.

Long live the uprising of Turkish youth and their allies! Long live the creation of a new source of future politics!”