“What then of Ballard the author – is he drawn into Vaughan’s project in a way that makes him a literary and ethical reactionary? To say so would ignore how Vaughan’s idea and its totalizing impulse seems to be offered us, as much as not, as a parody of Beyond the Pleasure Principle. Ballard has said that he devoured Freud in his adolescent years, and that consequently he set out on a medical career to become a psychoanalyst. But, after giving up medicine and psychiatry for science fiction, Ballard seems to have turned against his inspiration. At least, in Crash – which is thoroughly typical of Ballard’s work before Empire of the Sun (1984) – we find a totally ambiguous text, because the novel projects mutually exclusive clues to its author’s attitude about his subject and his Freudian sources. The novel about Vaughan hovers among three stances toward the story and its presentation: earnest application of Freud to plausibly concrete experiences; parody of Freud; and “pop” stylization of Freud (something between endorsement and subversion). The deadpan earnestness with which Ballard and “Ballard” present Crash makes it impossible for the reader to determine if the novel is, after all, a joke. But as we watch Vaughan enact Freud’s hope to see Eros free itself from fusion with death, the hope looks like the symptom of an absurd speculation. And, at the same time, Crash’s literalization of the idea that Eros and death are fused makes the idea of fusion look no less preposterous than the enactment of defusion. Freud’s presence in the novel is displaced by parody, which is displaced in turn by earnest Freudianism, which is displaced once more by parody. The wavering between seriousness and play cannot be resolved, and so the case for the total ambiguity – and for the postmodernism – of Ballard’s text is a strong one. […] 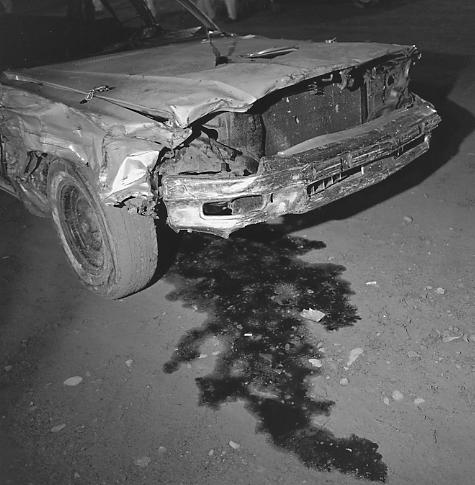 The postnuclear primal scene Ballard describes in his novel’s scene between Jim [from Empire of the Sun] and the dead airman might well be a secondary derivative, via sadism, of masochism; or an Oedipal tangle expressing a derivative collective desire for punishment. But the origin is not the disease, which is the long distance between the mobilized derivative and the origin. The reader who submits to Ballard’s version of RF’s [realistic fiction] painful binding of his and his world’s restlessness might recover the long distance by returning to the libidinal passivity of the anaclitic crossroads. This submission would be therapeutic, I think, since it gives the reader a state of detached fixity in which to feel the pressure of the vital order and to contemplate ideas of life in the painfully exciting way that keeps Jim alive in the camp. Even if in this state one envisions the historical present as moribund, the energizing pain of the vision can incite one to act in future against the present determination of history. It has always surprised me that readers of SF should devote themselves to the passive contemplation of the developments and disasters of a future in which they could play no part. By provoking this attitude to spectacle, I have thought SF [science fiction] could only flatter the worst form of supine passivity to the world. But in Ballard’s light I now see this as the use of a literary form to recover a psychic state which is, after all, a restorative primary masochism. To be fixed by an intrusive spectacle even of global horror and death is to be shocked back to where one began, at the verge of the vital order, remembering unambiguous vital function. And no matter what one sees there, whether ambiguities or determinations, perhaps this memory is in itself the best fight for life. Interestingly, in experiencing a form of regression to the crossroads of the vital order and its substitutes, SF readers and RF readers find themselves on the same ground.

One thought on “٠ Crash: from fiction to real life ٠”