٠ Duarte Amaral Netto: It’s all real, you just need to give up on your anguish (II of III) ٠

Part I of essay here

Before going on to explore Duarte’s recent exhibitions – The Polish Club Case (2011), Z (2012) and Selective Affinities (2013) – I’d like to take a brief moment to glimpse at Ambient 4 (2004), particularly because of its evident cinematic qualities and because it makes me think of Gus Van Sant’s Gerry (2002). Nothing is depicted in these photographs as barely anything is happening in Gerry. But the simple thought of needing a plot to make something happen is a dumb one. Nothing happens in front of us that isn’t happening because we are put in the place of the observer. That doesn’t mean the event doesn’t take place in the universe, it just means it doesn’t happen for us. Blind people see as much happening as we do, for they have the same ability to conceptualize.

In a review of Gerry, Devin McKinney speaks of Gus Van Sant’s ability to find “human psychology signaled in the semiotics of physical landscape”. (2004, p.43) Might that be the case with the amount of layers implied in Ambient 4? Both Nature and Landscape have a powerful quality: they make us stare and by doing that, they open up the world for us. Ambient 4 might be about a rite of passage or about man-to-man relationships (represented by the two male figures) or even about man-to-woman relationships (humans representing the male, natural motifs representing the female). In either case, the humongous greenery is there so we are allowed to wander. And though these photographs are simple and quiet and apparently short-lived, they do justice to their universal quality of being a cut into the existential nature that is perpetuated among men.

The Polish Club Case (2011), Duarte’s work that earned him a spot in Bes Photo in the following year, is, in my opinion, his most unsuccessful work. The work is presented as being a narrative about events taking place in Chicago in the 60’s. Following his tradition of constructing fictional narratives by (re)staging or (re)assigning different roles to those presumed to be (en)acted by the original element he chooses to play with, here Duarte takes a set of archival photographs, depicting everyday scenes, and displays them accompanied by subtitles that are not descriptive of the environment they belonged to. It is a simple discursive play, well known to the literary and cinematic field, as Godard’s so masterfully shows in Histoire(s) du Cinèma (1988).

The almost inexistent habit to discuss photography in our country, and the lack of good criticism as I’ve said earlier, paved the way for uninteresting takes on this particular work. It is my opinion that if it weren’t for that, Duarte could have gone further but, instead, he kept accentuating the importance of the configuration of the work, denoting that there was little beyond that. The art world pretends to love conceptual work, when in reality what it likes is not the art works themselves but the discourse about art. Though I am very fond of the conceptual approach to making art I struggle with the general lack of commitment and connection between the content, the form, and the how and where it is presented. The latter being what threw me off the Club Case.

It was exhibited in a particularly cold place, in a linear display, with small gaps as the sequence of photographs moved into another room and then into another room, and then back to the beginning. Everything looked too polished, too neat. The fact that it was clear Duarte wasn’t behind the camera on this one, accentuated the alienation of the author and denounced the game at play. Although the viewer has had a major role in art for a long time now, with installation calling him/her to be at the center of the stage, it isn’t pleasurable to be forced to assume the place of the investigator up front and realize that the work is all about a dialogue between the fact and the artifact, and that’s it. 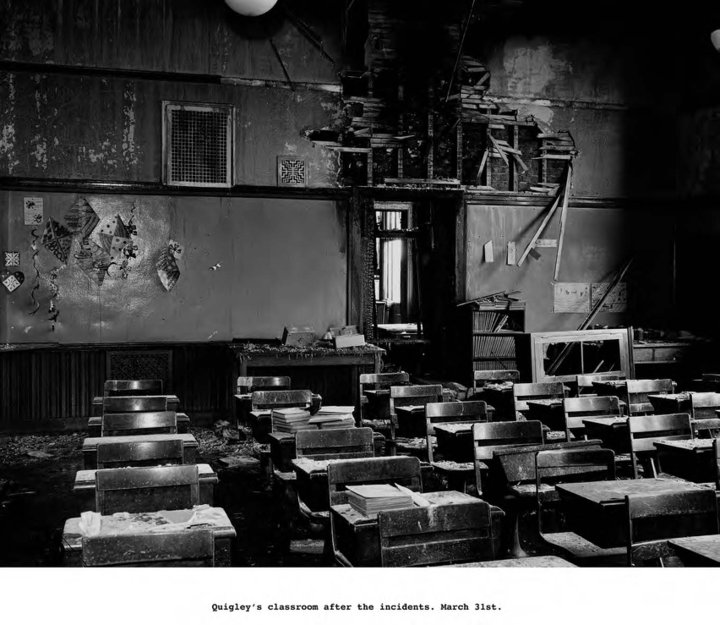 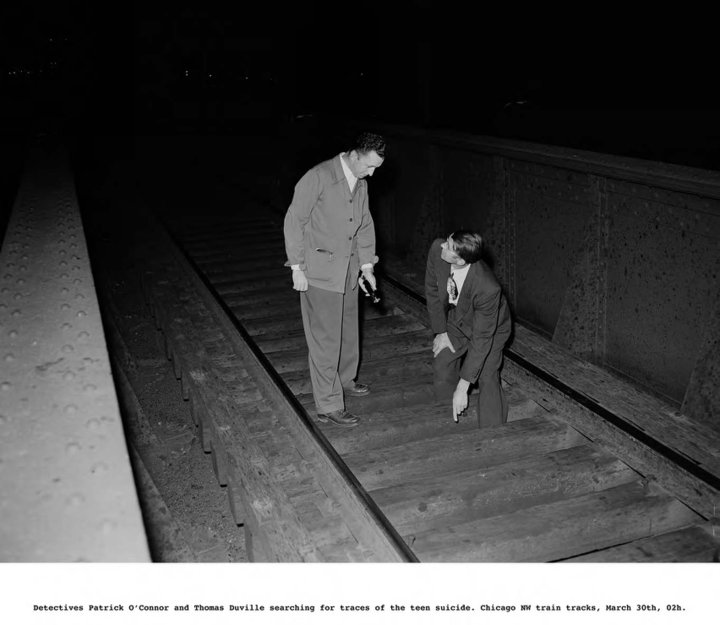 There’s something about being an author that makes it a particularly edgy position to be in: one can easily fall in an authoritarian role, pending to (presume) to mediate between reality and the observer. This strategy, in my opinion, has little respect for a conscious viewer; it invalidates the possibility of an autonomous reading, by way of imposing a confined way of decoding. Duarte has since moved one to other works that also incorporate this process remain autonomous and that makes all the difference in the way the viewer is able to relate to them.

As I said earlier, the best about critic and general discussions about artists’ body of works is their ability to open the meaning of such work. In an interview conducted by Sandra Vieira Jürgens back in 2011, Duarte stated that the thread in The Polish Club Case is faith: “faith in its religious meaning and faith in its more abstract meaning, the one we can even place in the credibility of an image”. Though I’m filled with anti-religious impulses and I know very little about faith, I’ll go ahead and say that in order to have faith there needs to be something incomprehensible that paves the way for a revelation. This is not the case, there are a lot of unknown reasons and motifs and a lot of historical content evocative of hope and trust, but there’s too much reason to allow faith to step in.

The concept of phototherapy is not new but it has spread awkwardly. It also has nothing to do with Duarte’s work, but I’ll make my point in a minute. Phototherapy is not a practice from the art world, but from the scientific one. It defines a clinical procedure that uses “people’s personal snapshots, family albums, and pictures taken by others (and the feelings, thoughts, memories, and associations these photos evoke) as catalysts to deepen insight and enhance communication during their therapy or counseling sessions (conducted by trained mental health professionals), in ways not possible using words alone”, as defined by Judy Weiser. [i] It then was appropriated by different art practitioners, using it as a photo art therapy technique, Jo Spence being one of the most famous artists practicing and writing about the subject.[ii]

On the other hand there’s Annette Kuhn, feminist and theorist of art and culture, who has been developing several different methods of what could be summed up as hetero and autoethnographic visual work. What it means is that she works with  documents, family photographs, personal and collective memory, both for her theoretical work as by setting up workshops and having people come together to discuss their relation to particular images. Both Kuhn and Spence have set up protocols anyone can follow if one chooses to do memory work. Both acknowledge its capacity “to unlock meanings and insights extraordinarily readily” but Kuhn draws attention to the relevance others’ memories and others’ relations with their family albums has to our collective memory.

I say this is where Duarte’s Z project comes in. Z was the work shown at Bes Photo 2012, the biggest prize for photography-related work in Portugal, now extended to include Brazil and the PALOP’s.[iii] Duarte was one of four. Together with fellow Brazilian artist Rosângela Rennó, both their works reflected on the photographic medium, its limits, its specificities, but it was evident Duarte’s work was flying solo and how high, for it had a sort of infantile joy to it, something I’d never seen before on his work. Duarte’s work had reached adulthood. 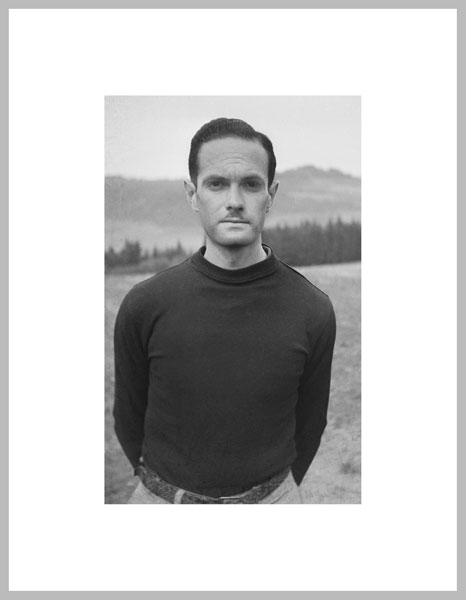 Z came about when Duarte found a set of photographs from a family member depicting his voyage to Germany in the 1930’s to study aviation. He then mixed this set of images with others from an archival of a plastic surgeon and with some of his own and created the fictional story of Z, a physician from Coimbra, specialized in facial reconstruction, who goes to Germany to study as an aviator and gets caught up in the middle of World War II. The exhibition comprised a huge amount of images, interweaving manipulation of historical documents, archival photographs, original photographs, a slide projection and fake family albums.

Because the idea for this work (and for The Polish Club Case also) was triggered by a photograph which ended up being included and (re)shown, Duarte’s latest projects tend to be put in the context of the archival genre, when I dare to say what triggers Duarte is storytelling, either in the photographic, cinematic, musical or literally form.  And this thread is his consistency, although time can prove me wrong.

text by Sofia Silva (to be continued)

[i] Definition by Judy Weiser, from the PhotoTherapy Center at: http://www.phototherapy-centre.com/

[ii] For example, Jo Spence’s book Cultural Sniping: The Art of Transgression, (1995) where she talks about the art of Reworking the Family Album.

One thought on “٠ Duarte Amaral Netto: It’s all real, you just need to give up on your anguish (II of III) ٠”