٠ Thomas Susanka’s ‘The Rhetorics of Authenticity: Photographic Representations of War’ (I of II) ٠

What follows are excerpts from a very interesting article by Thomas Susanka, published in “Paradoxes of Authenticity”, pp.95-113, edited by Julia Straub and published by transcript Verlag, Bielefeld, 2012

In the context of the following paper, as Susanka clarifies, ‘authenticity’ should be understood “as one strategy to achieve verification and hence persuasion, namely by demonstrating or suggesting realness or truthfulness.” (p.98)

Since its invention, photography has been discussed in terms of authenticity, of truthfulness to reality . Fox Talbot, one of the inventors of photography, entitled the book series that features his first successful attempts in photography ‘The Pencil of Nature’ – an expression of his conviction that in photography, the subject of an image would depict itself and hence guarantee its own truthful representation. The influence of the image’s creator, according to Talbot, would cease to be decisive of whether a depiction is  faithful to the original or not. Indeed, great fascination was aroused by the fact that the photographer does not even seem to have final and absolute control over the image – rather, the things seem to imprint themselves on the photographs.

Two major foci can be identified in the discussion of authenticity in photography. The first is media-theoretical since it circulates around the idea that photography is authentic because of the implications of its medium, i.e. essentially the light-sensitive surface of the plate, film or chip. The other focuses on the semiotic fabric, i.e. how authenticity is generated on the surface-structure of the image by means of signs. In a simplified way, we could say that the first perspective asks, for
example, if and why a portrait photograph might strike the beholder as superior in terms of authenticity as compared to a portrait painting of the same person. The second, semiotic perspective inquires what elements in terms of style or choice of subject matter add to the authenticity of an image. I think it is fundamental to the discussion to distinguish authenticity as a discursive ascription to the medium from that generated by the actual image, i.e. the semiotic text. In contemporary theory, however, the levels of medium and semiotic text are often intermingled. There is a tendency to call those communicative phenomena that use a different semiotic system rather than a natural language (be it written or orally performed) a ‘medium.’

The medium always functioned as a point of reference in attributing authenticity to photography. And hence, it is not so much the fact that the digital tum implies a fundamental change in photography, but it is our conception of photographic authenticity that is altered by the change. Photography did not suddenly become susceptible to manipulation, but with the advent of digital technology the knowledge about photography’s malleability became paramount. And that is why the heated debates about digital photography of the past few years have also shown that it is not sufficient to conceptualize photographic authenticity merely on grounds of the involved medium. Media theoretician Peter Lunenfeld seems to be right when he claims that photography is no longer a privileged realm of communication since its authenticity now ranges on the same level as that of the written word. 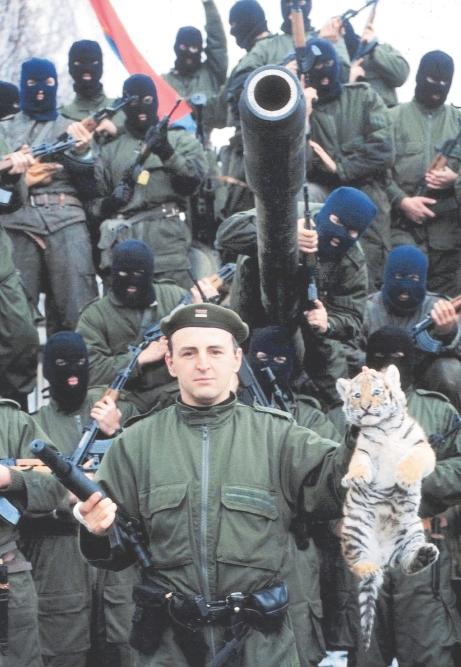 Given the strict control on the pan of militaries and the overall suspicion of deception, the authenticity of war photography seems to be in bad shape. Yet despite all doubts and objections, we use war photography on a daily basis. We consume it as regularly a our daily newspapers. Despite its patent unreliability, we cherish it as a helpful device for spreading and gaining information about the conflicts of our time.

But how can this be? Clearly, the question of authenticity in photography cannot be answered merely by reflections on the medium. When we talk about the authenticity of photography, and especially of war photography, it is apparently not the epistemological reliability of photography that is our primary concern. But what is our primary concern? A good starting point in making sense of this is to notice that we have already progressed far into the field of rhetoric, whose central concern, according to Aristotle, is to find out what is credible about a subject matter and what seems to be convincing. The reference to the properties of the medium may elucidate an important aspect of photography, but it answers only half the question. It may explain some general attitudes and expectations ascribed to photography, but it completely ignores what is actually shown in the photographs. Furthermore, just like in written texts, there are ways of suggesting the truthfulness of the depiction by means of subject matter and style. From the perspective of rhetoric, we could conceive of this as a communicative strategy that aims at verifying the subject matter, i.e. by claiming its truthfulness. How do communicators establish truth-claims? In the following, I would like to tum to those procedures that aim to authenticate a photograph and re-establish the claim that what we see in the picture is ‘the real thing.’

The larger discursive framework within which we can locate war photography, then, seems to include all kinds of representations of war – it is not restricted to documentary, nonfictional accounts of war but at the same time includes fictional renditions of war. Reports in newspapers, magazines or on television, stories written about war, movies, television series and even computer games- they all add to the cognitive framework with which consumers of news approach war photography. All these ways of depicting war seem to partake in an intertextual and intermedial realm that defines their conceptions about war. And hence these accounts certainly provide a ready resource for producers of representations of war, which they use as blueprints in order to verify their own depictions of war.(…) The content and form of preceding representations of war provide the beholder of war photographs with expectations regarding the subject matter as well as the overall appearance of these photographs, and these expectations are brought to bear in assessing the authenticity of the photographs. At the same time, photographers use them as resources in order to accommodate their addressees’ conception of authentic depiction of war and thereby to verify their photographs. Consequently, authenticity in war photography is not merely linked to reality and a truthful depiction of it, but it also seems to be fundamentally connected to a strong tradition of authentic depiction: the beholder of a photograph may know nothing about war – but he surely knows what it is supposed to look like on a photograph.

One thought on “٠ Thomas Susanka’s ‘The Rhetorics of Authenticity: Photographic Representations of War’ (I of II) ٠”