٠ ‘Never have we had access to so much information about each other, and never has the information been so unreliable.’ ٠

“In this project I have downloaded pictures of ‘friends’ that I only know through the Internet, and given them a new context. The persons are only visible through a digital representation, while the surroundings are as analog as possible. The sceneries are photographed places that invited to interaction – places that missed the company of human beings. The milieu adds a new meaning to the way the digital personas act, and gives their simplified characteristics meaning and personality again, by adding a setting to their digital components.” excerpt from Johan Ronsenmunthe‘s statement about his project Off II 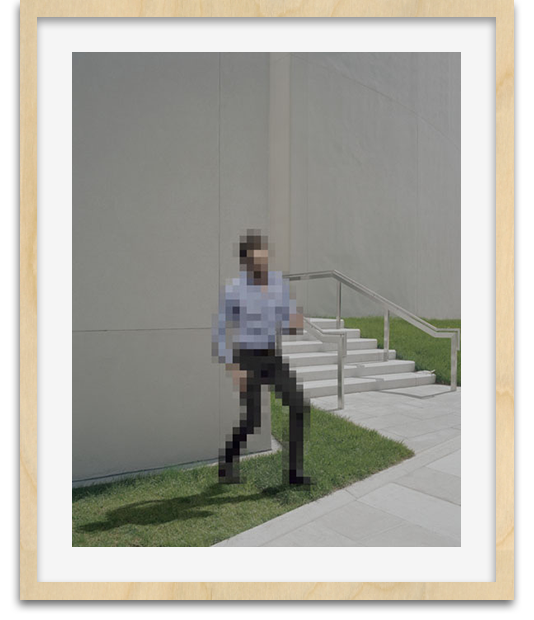 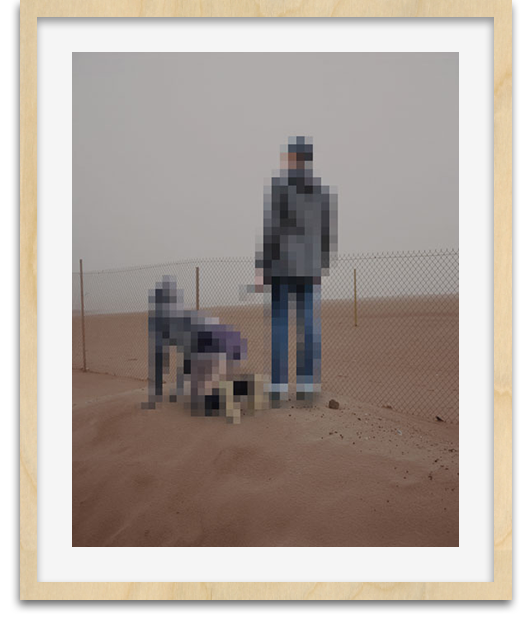 © Johan Rosenmunthe, from the project Off II, 2010

“Although it obviously is another sort of technology, there seems to be a certain reluctance to actually treat photography (and its products) as simply that. Are the various interventions you have made in photographic images, such as the pixellation in Off II, an attempt to expose the (technological) processes behind the photograph itself?

Well, that particular project (Off II) deals quite explicitly with two different kinds of processes, but perhaps more as a comment on the subject matter (digital vs physical encounters) than in its own respect. So, no, I don’t think you could say that this was my goal, but I am definitely interested in photographic processes. Not as isolated technologies, but the different visual outcomes they have. In the same way that the sculptor part of me is interested in different materials, I find these technological phenomena interesting because they make some choices for me. They are kind of the most basic choices you have regarding surface and materials when you are working with photography and are interested in the sculptural aspect of it.

Not to over-emphasise this issue of the technology, because of course there are other themes here, but what do you see as the relation of this work to the discourse of surveillance and control that photography is now so thoroughly implicated in?

I have been interested in this field for a long time and it is something I keep coming back to. In the pixellated friends project I was discussing the digital presence of real people online. As I write in the project statement: ‘Never have we had access to so much information about each other, and never has the information been so unreliable.’ And in Enlargements I crop and zoom into one cityscape image resulting in a number of images that resemble surveillance footage. Or rather, it’s my own surveillance footage. What I find interesting here is the convention that if you show a certain kind of low quality (technologically speaking) image it automatically adds an aura of credibility. We learned this from the use of media – if a very low quality image is worthy of our time, it must be because there is some important truths hidden in there.”

excerpt from an interview by Darren Campion, published in Paper Journal

© Johan Rosenmunthe, from the project Off II, 2010