٠ Isaac Pereira & the monstrosity of the shadows ٠

When I first met Isaac’s work, one of my immediate deductions was regarding his very deep use of blacks and whites. After some years, I now know that his work is not defined by the use of black & white, but rather by the absence of colour, which in turn leads to very defined areas/lines/figures within his photographs.

Isaac’s work is very much about what I would characterize as a way of being in time that is quite paradoxical: it leaves traces of a poetic voice, in the most romantic/existentialist sense; but it also shines a light to a place of anger. A paradox, in this context as well as in others, is not a negative qualification of a choice, an act or a discourse. If we, human, are to move forward, we will always be incoherent and often not sincere; for being is a dynamic thing and if we rule by the voice of consciousness we need to be able to go with the flow.

So there’s a lot of rawness in Isaac’s work. His photographs are a genuine trace of his photographic act, since I, as the spectator, am given the space necessary to travel to his reality and imagine my own emotional being in such situations – the smell, the temperature, the smoke… I wouldn’t go as far as to say that we are all allowed to see the same punctum in his images but, because of is simplicity and formal references, we are allowed to acknowledge it as an act of communication, even if in the poetic form.

The work here showed is part of an exhibition that Isaac held in Macau last December. Isaac called it Akhromatopia, referring to the places without colour, being that those places can be subjective or objective, internal or external, real or imaginary. In a short story Isaac wrote about this work, one paragraph goes like this:

Slowly, in whatever way, a kind of discoloration was occurring. It was as if everything became pale. The lost pigment colors, saturation, became indecipherable. He had to stop, dazed. What he saw then, was completely white, pure white, the total absence of shapes, contours, as if everything had been invisible and transparent. He rubbed his eyes with the indicators. It was all white; light only. For several minutes, he sat on a huge rock, listening, smelling everything around. Then, fell asleep. 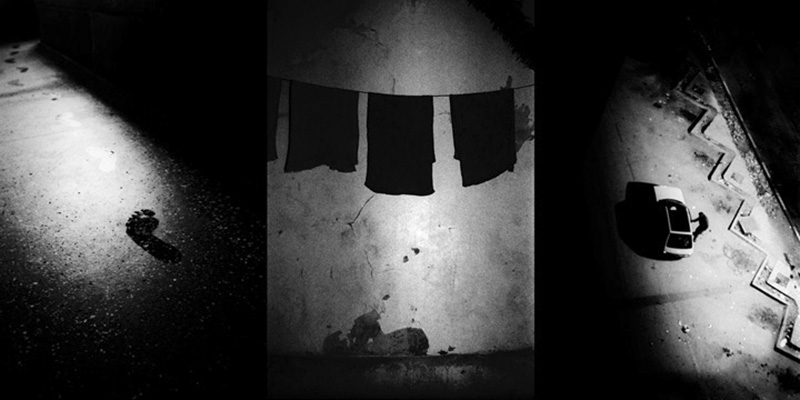 Isaac’s work denotes strong literary influences and even if the medium of photography has always been very akin to storytelling, to narratives and allegories, Isaac’s point of view is more that of a nihilist and a wanderer, rather than a dreamer, though this doesn’t mean that he is not aware of the world of possibilities in front of him. In an interview given to João Henriques some years ago, Isaac spoke of his feelings about the media:

The media are machines. We live in the middle of automated ‘mediums’. Means for construction? Yes. But of what sort of construction? Endless constructions. But not all the same. No. Fortunately. That is the fear: that everything has the same repeated construction. How does one avoid that? Making sure your feelings and your thoughts go between the camera and its construction, automatically. Making sure that the image is an image ‘of you’ and not an image ‘from the camera’. It’s the same old question. (my translation)

As much as there are parallel and juxtaposed worlds in his photographs – for Isaac has an unusual capacity to work with the monstrosity of the shadows -, denoting his affinity with surrealism and non-linearity, Isaac is also a traditionalist in the way he deals with the medium. Although his photographs manifest his beliefs in immediacy and automatism, they also denote some sort of commitment with concepts such as “truth” and “time”, which remind me of classic street photography. There is no problem with the classic, but there is surely one with tradition, for it prevents us for looking out for our own singular point of view.

Amidst the underground nature of Isaac’s photographs and within the deepness of his blacks I see thoughts about ‘authenticity’ and ‘aura’. Even if concepts sometimes are reduced to their status as a word (as his the case both with ‘aura’ and ‘authenticity’), I find it possible to say that Akhromatopia works as a genuine plastic expression of Isaac’s intimate journey to ‘be what he is’ and ‘see what he sees’. 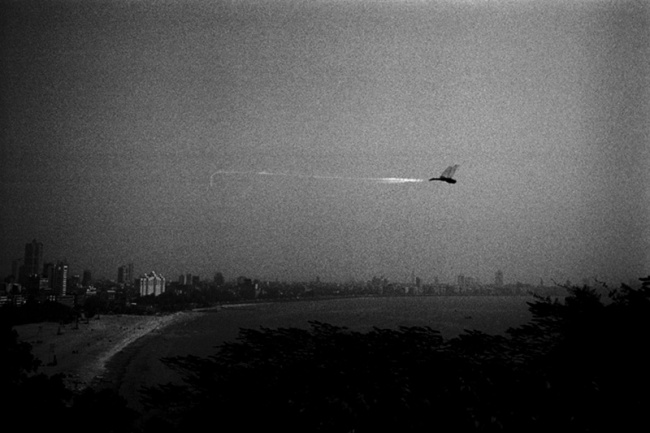 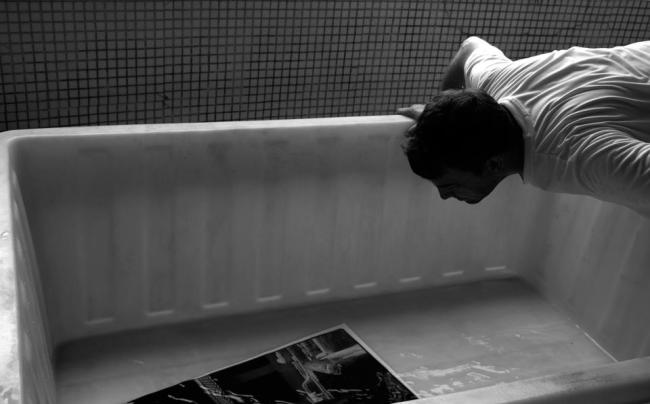