“If the culture industry is based to a significant degree on the appropriation of material from art and various subcultures, as well as from different historical epochs and cultures, why should appropriation as an artistic strategy have special status? […] In a culture in which materials are everywhere appropriated and re-appropriated, how can appropriation as such be intrinsically progressive?
[…]

Around 1980, Richard Prince and Sherrie Levine ‘re-photographed’, respectively, contemporary ads and historical masterpieces of photography, while Louise Lawler photographed works of art installed in museums or collectors’ homes, or at auction houses. Critics – most notably Douglas Crimp and Hal Foster – regarded these artists as Barthesian mythologists who ‘steal’ and subvert media myths.
[…] 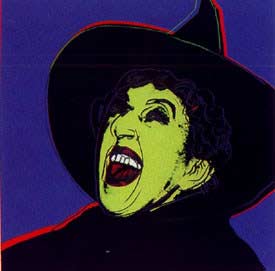 Barthes defined his mythology as a synthesis of two sciences: semiology and ideology – the latter possessing a historical dimension, unlike semiology. Founded during the French Revolution by Destutt de Tracy to enable rational inquiry into the human mind and ideas, the science of ideology was a fruit of the Enlightenment’s reassessment of knowledge and beliefs. Ideology’s roots lie deep in the Enlightenment dream of a world entirely transparent to reason,free of the prejudice, superstition and obscurantism of the ancien régimé.
[…]

In Mythologies Barthes analyses images as well as writings, but just as there are no long quotations, there are no illustrations, no direct visual appropriations. The images are represented only through descriptions. But then Barthes advocated stealing myths rather than specific images or texts. If a true mythology is a meta-language that uses myth as its signified, this does not necessarily mean that texts or images have to be used wholesale. The mythologist might, on the contrary, want to extract the myth from his host or hosts and condense it into a few lines or paragraphs. Yet one can defend the interpretation of appropriation in Barthesian terms. Placing an image or a text – or a fragment of one – in a new context can make the myth which it ‘hosts’ explicit. This kind of practice became common in visual art rather than in literature, once the avant-garde had made the simple ‘taking’ of a pre-existing object or image a valid artistic act. It can be argued that photography served as an important model for this: the camera facilitates the two-dimensional appropriation of objects, and in this respect Duchamp’s readymades can be seen as a radical manifestation of a culture informed by photography.
[…]

According to Barthes, photographs appear at first sight to e pure denotation, identical to ‘things as they are’. Connotation is disguised by the illusion the the photographic image is completely natural. In this sense photography is the mythic medium par excellence; indeed, one could posit photography as the basis of Barthes’ model in Mythologies, which employs the fiction of a purely denotative first-degree sign that is hen ‘infected’ mythical connotations. […] Re-photography and other forms of photo-based appropriation turn photography’s naturalizing tendency against itself by making apparent the images’ constructed and coded character.
[…]

Art which aims to reflect on media myths by a conceptual use of photography risks becoming mythified itself. The myth it embodies is that of a ‘critical’ art which a priori differs from other commodified images. This quase-Barthesian misconception accompanied classical Appropriation Art, and is still alive and well.
[…]

It is intriguing that Marx appropriated the term ‘fetish’ from Enlightenment mythology: as a young man, he had read de Brosses’s Du Culte des dieux fétiches (1960), described by its author as an attempt to look at the fundamental causes of myth, which had seemed an ‘indecipherable chaos’ to most modern observers. De Brosses argued that primitive people worship actual objects and animals as gods; rather than representing or symbolizing gods, they are gods in the eyes of the believers, just as commodities appear to be alive and endowed with certain qualities in the eyes of the commodity fetishist. Of course, in actual fact they represent social relations among people, but this is disavowed. Contrary to the fetishes of the ‘primitives’ as interpreted by de Brosses, commodity fetished therefore do represent something else, but the fetishist does not realize this. De Brosses supposed that fetishism was the most original and primitive form of myth, predating Greek and even Egiptian mythology. By describing the commodity as a fetish, Marx thus defined it as a creature of myth – capitalist modernity making a dialectical leap into the mythical.
[…] 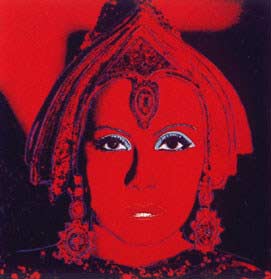 …in the late sixties, Deleuze mentioned Pop as an example of an art that finds its point of departure in the artificial – le factice -which can turn into the simulacrum. The artificial is always a copy of a copy, which must be pushed to the point where it changes its nature and turns into a simulacrum (the moment of Pop art).

Deleuze’s remark has something to tell us about Warhol. For Warhol indeed emphasize the second-degree nature of his images and often repeated them in grids to empty out the image, creating an exhilarating void. But a Deleuzian analysis of his ouevre would tend to overlook the complex interplay within it between the ‘reproduction of something always already-accomplished’ and ‘the eternal return as resurrection, a gift of the new, of the possible’. Warhol was an ardent fetishist, a believer in the mythic commodity. His repetitions reinforce the images of the spectacle, and bring them into question precisely by doing so. While Deleuze’s model of ‘bad’ repetition giving birth to ‘good’ repetition is suggestive, it is also too abstract and potentially euphoric. For it emplies that ‘bad’ repetition – producing only relative difference, which remains in thrall to identity – can effortlessly change into ‘good’ repetition and pure, positive difference without a model. This vision is far too optimistic. The comple dialectical interplay of different forms of repetition does not necessarily end in the triumph of Deleuze’s favourite.

In 1981 Warhol published a print portfolio calld Myths, featuring the likes of Howdy Doody, Superman, Warhol himself, and the witch from The Wizard of Oz. The last was not based on an official publicity still, as were many of Warhol’s sisties works. It was a new photograph of the actress from the original film, who lived in Warhol’s area. In the sixties Warhol had beed relatively unencumbered by copyright problems, but by this time he preferred taking his own photographs to prevent legal trouble. The portfolio’s title clearly reflects the ever more generic use of the term ‘myth’. In contrast to Barthes, and in common with its usage in the mass media, Warhol employed it in a positive sense. So it is not entirely surprising that, while October critics were presenting the appropriation artist as a Barthesian mythologist, Warhol was generally regarded by then as a dubious figure an overly commercial has-been who hobnobbed with Imelda Marcos. 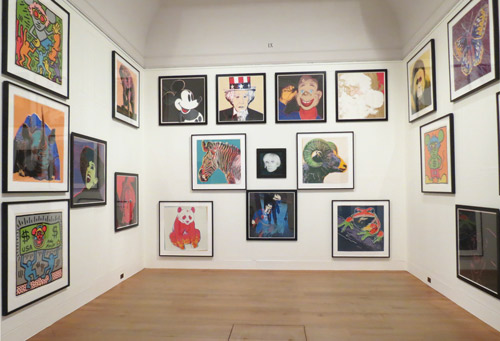