In the lecture showed above (TED, 2009) photographer Taryn Simon talks about the quest for hidden truths. She starts by explaining how the majority of her work “is, in fact, not photographic. It involves a campaign of letter writing, research and phone calls to access my subjects”. She then goes on to explain how, unexpectedly, the weirder rejection letter came from Walt Disney World. From that particular letter, she highlights the following sentence before claiming that photography threatens fantasy: “Especially during these violent times, I personally believe that the magical spell cast upon guests who visit our theme parks is particularly important to protect and helps to provide them with an important fantasy they can escape to.”

© Taryn Simon, Chapter XI (plus detail), from the project A Living Man Declared Dead and Other Chapters I – XVIII, 2008-11.

“A Living Man Declared Dead and Other Chapters I – XVIII was produced over a four-year period (2008-11), during which the artist, Taryn Simon, travelled around the world researching and recording bloodlines and their related stories. The subjects Simon documents include victims of genocide in Bosnia, test rabbits infected with a lethal disease in Australia, the first woman to hijack an aircraft, and the living dead in India. Her collection is at once cohesive and arbitrary, mapping the relationships among chance, blood, and other components of fate.

Each work in A Living Man Declared Dead is comprised of three segments. On the left of each chapter are one or more large portrait panels systematically ordering a number of individuals directly related by blood. The sequence of portraits is structured to include the living ascendants and descendants of a single individual. The portraits are followed by a central text panel in which the artist constructs narratives and collects details. On the right are Simon’s ‘footnote images’ representing fragmented pieces of the established narratives and providing photographic evidence.

The empty portraits represent living members of a bloodline who could not be photographed. The reasons for these absences are included in the text panels and include imprisonment, military service, dengue fever and women not granted permission to be photographed for religious and social reasons.

Simon’s presentation explores the struggle to determine codes and patterns embedded in the narratives she documents, making them recognizable as variations (versions, renderings, adaptations) of archetypal episodes from the present, past, and future. In contrast to the methodical ordering of a bloodline, the central elements of the stories – violence, resilience, corruption, and survival – disorient the highly structured appearance of the work. A Living Man Declared Dead and Other Chapters highlights the space between text and image, absence and presence, and order and disorder.” official statement about A Living Man Declared Dead and Other Chapters I – XVIII. 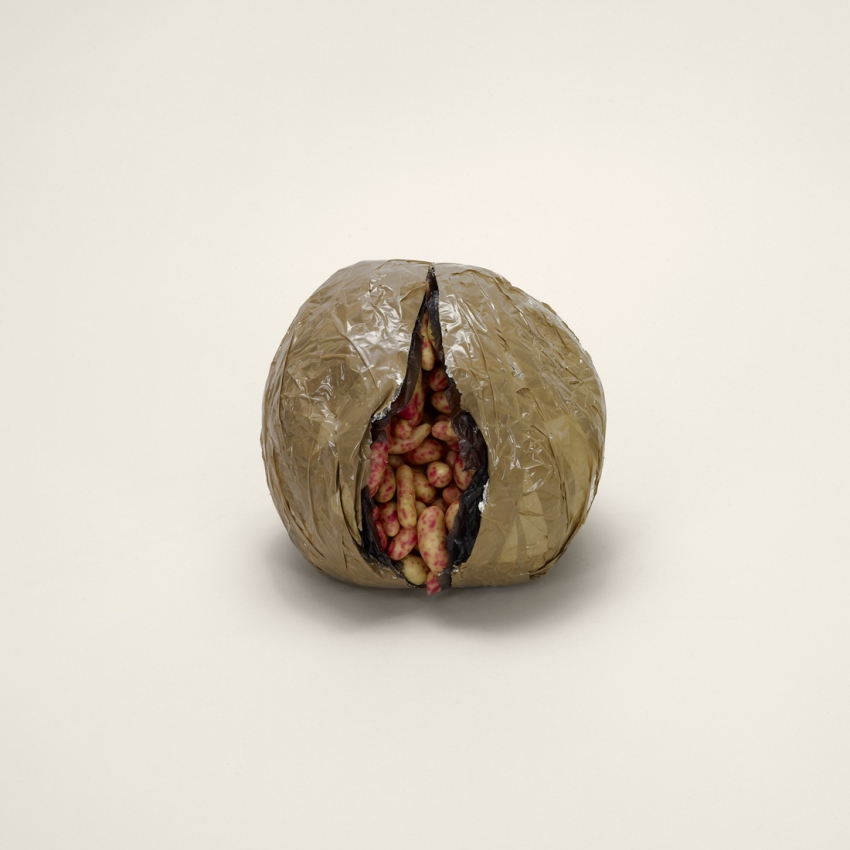