Photography and psychoanalysis as overlapping fields?

Searching the web for author Glorija Lizde (b. 1991, Croatia), whose work Persona(L) I came to know in December due to Parallel Review, I was surprised to find a particular essay accompanying her project F20.5 (2016-2018). That particular text, published at Hulu-Split, is an excerpt from Ana Peraica‘s Culture of the Selfie: Self-Representation in Contemporary Visual Culture. But before going into some of the claims it makes, a brief introduction to Lizde’s project. In her own words:

The work F20.5 depicts the confrontation of my own childhood, during which my father suffered from residual schizophrenia.
Growing up, I’ve often seen my father’s medical records featuring the code “F20.5” but I never really knew what it meant since the word “schizophrenia” was never used. It was only when he started his recovery, after 12 years, did I find out that F20.5 stands as a medical code for residual schizophrenia, and it was then that I learned more about his experiences and realized how difficult this has been for him and my family.
Through his illness, my father has experienced visual, audio and tactile hallucinations that were very intense and often surreal. A few years ago I started writing down his stories which I have then interpreted through photographs, each of which has its specific story.
I have combined his hallucinations along with my own childhood memories and placed my sisters and myself in these reconstructions in order to bring to consciousness the possibility of genetic inheritance of schizophrenia.
Reliving and reinterpreting these powerful experiences evoked uncomfortable memories which we tried to forget, but it was an inevitable part of the healing process through which we reconciled with the past in order to live in the present.

I recognize that both questions can be easily dismissed, for it’s clear to me that Lizde’s F20.5 is several things at once, namely: a sincere attempt at phototherapy-based work; a sincere attempt at making a cohesive project; but, ultimately, an inauthentic project. I also understand the word “inauthentic” can sound like offensive in this context, but that’s not my intention. I empathize with these photographs, recognizing not only the universe it evokes, but also my work process from when I was a student. Nevertheless, artistic maturity comes with time and persistent work. Its consequence is originality. As Harold Bloom wrote (The Anxiety of Influence), influence can manifest itself in a defensive manner, contaminating the truth of the work, especially if and when it triggers an agonizing battle with imitation. Originality, as Bloom understands it, is not a literal source, but rather an emancipation from the influence of the Other.

Moving on to Ana Peraica‘s text. The excerpts published at Hulu-Split are from a section Peraica entitled Madness of Self-Imaging, in a chapter called From Echo’s Point of View, where she explores the idea of the self and the Other in photography. My problem with her thesis is difficult to explain. It might be just a dissonance regarding language and its use. If not, what I feel is that her arguments are difficult to follow. There’s an effort to condense a lot of information in a couple of paragraphs, then arranged into very short sections. Hundreds of references, hundreds of footnotes, but not a lot of continuity. It might be easy to read for some, but I find it betrays the complexity of the subjects at hand.

For instances, in that chapter, Peraica distinguishes between two types of media: self-reflection and self-storage. She states that Media of self-portraits can be distinguished according to their depositing qualities. The proper media of self-reflection are those in which a person sees himself alive. And these are only water, mirror, and mirror-based media. All other media, including drawing, painting and photographs produce a second order reality, serving to store the image into the picture. Her point is that selfies allow the users to be in all places at once and that mirroring capacity transforms their idea about who they are, as selves and others. But that’s it.She immediately jumps to notions about contemporary existentialism (approximately half a page) and moves on to technologies of the self, etc.

In the section published at Hulu-Spirit, Peraica references several authors in order to establish analogies between photography and psychoanalysis. Freud, Bergstein, Benjamin, Krauss, Huberman, etc. The paragraph first published to accompany Lizde’s work  reads like this:

Stabilizing the mirrored image, photography evolved since the beginning of both clinical psychiatry and psychotherapy, where it was employed or maybe has even given the impetus to cruel practices characteristic of the 19th century. It doesn’t appear as a marginal fact that introspection as a method was introduced in the same century that invented technologies of image recording. Photography and psychoanalysis were for long overlapping fields, on the technical level conditioning perceptions with image repetition, framing and cropping of reality, while on the theoretical side introducing new focuses of necrophilia, voyeurism and fetishism as consequences of development of the medium.

The thing is psychoanalytic theory is a sort of meta-language. Its relation to photograph is by means of that and also its profound connection with the idea of self and representation (therefore reflection and mirrors). That doesn’t necessarily mean photography has a direct analogy to psychoanalytic processes. It also doesn’t mean every time an author addresses the optical unconscious or the mirror-stage he/she is evoking external devices. And because Peraica recurrently evokes the lacanian mirror-stage and its importance to the foundation of an idea of self and other, I have to say I miss a reference to Nebreda. His work couldn’t be a more poignant expression of a failed mirror-stage. Referencing Mary Bergstein (Mirrors of Memory: Freud, Photography and the History of Art) Peraica claims that photography as a medium might have influenced the development of different theories of Freudian analysis, such as: fetishism, magical thinking, surrogacy and animism. She supports this claim quoting an analogy Freud made between mental processes and photography. In Freud’s words (Resistance and Suppression; General Theory of the Neuroses; A General Introduction to Psychoanalysis):

To bring this home to us more vividly, let us assume that every psychological process—with one exception, which I will go into later—first exists in an unconscious state or phase and only goes over from this into a conscious phase, much as a photographic picture is first a negative and then becomes a picture by being printed. But not every negative need become a positive, and just as little is it necessary that every unconscious psychological process should be changed into a conscious one. We find it advantageous to express ourselves as follows: Any particular process belongs in the first place to the psychological system of the unconscious; from this system it can under certain conditions go over into the system of the conscious. The crudest conception of these systems is the one which is most convenient for us, namely, a representation in space. We will compare the system of the unconscious to a large ante-chamber, in which the psychic impulses rub elbows with one another, as separate beings. There opens out of this ante-chamber another, a smaller room, a sort of parlor, which consciousness occupies. But on the threshold between the two rooms there stands a watchman; he passes on the individual psychic impulses, censors them, and will not let them into the parlor if they do not meet with his approval.

For what I can understand, Peraica argues that the selfie culture is one that is “ahistorical, non-narrative and non-critical”. As a consequence, young people who are immersed in that culture (and also in being approved, recognized and liked) are slaves to the effects of reflection. Their images become proofs of their existence, as if there was only a technological reality, not a bodily one. I guess what I’m trying to question here is the need to implicate psychoanalysis in the essence of photography. I struggle to see the connection. Psychoanalysis is a treatment done by means of language. As a meta-language, psychoanalytic theory does contribute to the symbolic creation of visual universes. It expands our visual archetypes. But, at their core, do they reference one another? 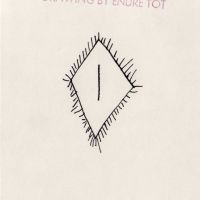