For quite some time I made very simple posts showcasing artwork from authors who used photography in a way that somehow interested me. Back to the old ways here are some images from Ramona Guntert‘s work.

Some words from the author about her own work here.

excerpt from a conversation between Ramona Guntert and Nikita Shergill at Photomonitor. More here.

Nikita Shergill: There is a sense of uneasiness in your series Die Fremde. Very little is given away to make any sense of place. Your images leave only suggestions and are in one sense abstract.
Ramona Guntert: I’m fascinated by the idea of appearance and disappearance. There is a sense of darkness within the work to provoke the uneasiness. You can’t catch the subject because you never see the whole object, as soon as it appears it also disappears. They are illusive and sit in-between the viewer’s imagination trying to grasp the essence of it.
NS: You have chosen to use a German title Die Fremde, which when translated means Strange or Foreign, how does your cultural background inform your work; does it represent something close and personal?
RG: Fremde is associated with a place or a person so there is more than one meaning, it is neither one nor the other. My images never reveal but only show traces of a place, person or subject. My familiarity of growing up in a different country has changed with feelings of detachment and distance. The idea of the foreign comes from questioning how the familiar is not the same for everyone and the in-between crossing of familiarity and unfamiliarity exploring concepts of origin and home.
Looking back to my childhood at German myths and childhood stories, they were always filled with creatures of animalistic appearances. I specifically looked at South German carnival traditions where their masks and costumes cross between a human and an animal. Our perceptions and beliefs from a younger age change over time so I re-visited places from my childhood such as the forest or the farm I grew up on. When you look at the images of the sheets in the barn you are unsure what is underneath and the curiosity becomes a space for the illusion and fantasy to emerge.
NS: Your choice of using a German title already comes across as being unfamiliar to me. However as you point out your experience and cultural background to someone who is not German I feel I cannot relate to it as easily or it doesn’t evoke something that I recognize.
RG: It’s not essential that you understand my cultural background to connect with the work. It becomes more about the experience of looking and believing where this ‘child’ point of view can be very hard to get back to. Take my experience of looking at the tree next to my house – which I described at the beginning of this article – somehow it had altered into a human figure but nothing had changed, it could have only been me.
Similarly the appearance of scratches and scars on the surfaces of the stone look brutal as well as violent and one thinks of being hurt. These animal forms were taken at the Natural History Museum, which is a place of myth bringing past objects to the present. Visually links are made to feel like evidence between the animal and the violent strikes. 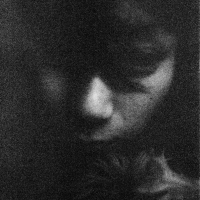