Caption (image above): untitled, from the project ‘Woman’ (work-in-progress), by Sofia Silva. Collage with passport photographs (blurred for this occasion) and drawings.

About the project: “Pretty as a Picture, photo exhibition, is the fruit of a series of social and phototherapeutic workshops, conducted by Emilie Danchin with a group of Muslims immigrant women at the WIELS, Centre of Contemporary Art. Based in Forest, a “difficult” area of Brussels downtown, the WIELS plays a strong cultural mediation role interrelating with inhabitants and associations. Several women following alphabetisation lessons at the Forest Women House asked to learn photography. Emilie Danchin bounced on the WIELS proposal with a phototherapeutic project on the subject of feminine identity through self-image. She guided the women in a playful and imaginative selfreflection through objects, drawings, photographs, stories and corporal postures of their lives as women.

When the WIELS contacted me, I was immediately thrilled by the perspective of such a project and with a group strictly composed of Muslims women. I lacked experience with this kind of group. However I could somehow sense what could be their life situation by crossing them everyday in the public transports. I was also challenged by the flood of images of women as objects in the public space, the multiplication of scarves and the strengthening of deviant behaviour of some men towards women.
Therefore, I was eager to respond to the WIELS proposal. I took it as an opportunity to elaborate on the subject of women, female identity through its image. Exploring the question of female identity through its image appeared to me very paradoxal and challenging, while women are constantly reduced to images in the eyes of men and women themselves. We, women ourselves, have also internalized this regard since our early childhood… How can we see, look, show or simply evolve in life outside this look or without taken it into account? How can we combine more personal image and public image? What kind of images of women can we try to create in the sublime and sterile era of reproducibility and pornography? A strong image of a woman hidden under a navy blue scarf holding a mirror facing the viewer has emerged during the workshop. “Before looking at me, look at you! Before talking about me, talk about you!” several women commented without melodrama or revolt in the voice, in a form of resigned compliance.“

Best Days of Your Life, by Jude Wacks

Statement about the project: “Headlines alert us to the decline in adolescent mental health, statistics chart soaring figures of children hospitalised. Stress, Pressure, Bullying, Social Media are identified as factors.

Best Days Of Your Life, highlights and focuses on a scarred generation filling UK schools, illustrating the alarming rise in children hospitalised through self-harm, indiscriminately affecting all socio-economic demographics.

The visibility of Mental Health, an ‘invisible illness’, is depicted through this group of 18-20 year olds, who all self-harmed throughout their secondary school careers. At first glance, an average looking group of teens, who like other sufferers, cover-up, reply they are ‘fine’, and who are perceived to be enjoying the best days of their lives.

Best Days Of Your Life, also questions the wider mental health balance of exposure and awareness. It examines the intimate choice of covering-up or revealing the invisible pain and questions the observers’ choice of awareness level and visual clarity when ‘seeing’ our children, their scarred generation and those around us.”

The Kristallnacht Carrier, by Del Loewenthal

Statement about the project: “Through reenactment phototherapy I attempted to rectify the effects on my father not being able to speak of the murder of his parents and sister. My father escaped from Czechoslovakia to England in 1939 carrying with him his mother’s crystalornaments. This was after the ‘Night of the Broken Crystal’/‘Kristallnacht’. On returning with the Czech army to Prague he learnt of the murder of his parents and sister, and never spoke of them again; no longer wanting anything of value for himself or those he loved. In order to work through the effects this has had on me, I photographed both the crystals and myself dressed as my grandparents and aunt in order to tell their first-hand accounts. I then discovered letters my father had received from his parents and sister which were to change the experience but not all the accompanying intergenerational trauma.”

Power of Possessions, by Carol Hudson

Statement about the project: “After the sudden and unexpected death of my husband, I found it difficult to dispose of his clothing and personal items. Impulsively, I began to make photographs. Only much later did I realise that I was trying to understand the power and mystery that was inherent in the (now dispossessed) possessions.
I find ambiguity in the left over scraps of ordinary lives, in commodities with no monetary worth. If they have any value, it lies in their power to evoke memory and the emotional frisson of touching something that once belonged. Each object embodies remnants of a past in folds and creases, in etched abrasions or small stains, in hair, in tiny flakes of skin, and in the visibility of wear and touch. Each scar speaks of accident and of survival but like the insect on the flower, ultimately of mutability and mortality.
The accretion of wear and tear on a possession provides an important motif that finds an analogy in the photographic process itself. The trace of touch on clothing made visible through the controlled touch of light on silver salts. It is a transfiguration that seems almost magical.
It was only very recently (through this act of photographing) that I really began to appreciate the true significance of the phrase ‘to have and to hold’. To be able to touch, to be able to hold, is at once the most intimate and the most precious of the senses. It is this that I miss the most.”

More of Carol Hudson’s work can be seen here. 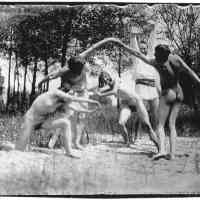 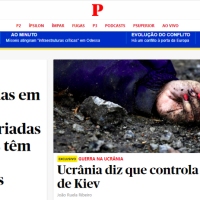