Throughout this year, I’ll be publishing reader’s posts. To start, here is an article by one of Nihilsentimentalgia’s dearest readers: Robin Cracknell.

When I first discovered Nihilsentimentalgia, I was a very different person. I had just had my first solo show in London, two more in the works, every day in my diary pencilled-in with exciting ‘career’ stuff. Despite some chaos in my personal life, I especially remember the comforting ‘certainty’ of photography that year; there was always film to develop or prints to collect. Even if the results weren’t great, there was something reassuring about that routine of seeing, shooting, developing, printing with plenty of time on the buses in between to think about where it was all leading me. Photography has always been as much a distraction from private pain as it has been a penetrating sword right into it and that year was a perfect balance of the two. My show, The Camera Suture, had been about healing and redemption and photography itself, that daily ritual of pictures and processing and reflection has always been about ‘healing’ for me, fixing something inside.

Brief background: I remember exactly where I was when I first looked through an SLR camera. From the day I had my first proper camera, a black Nikomat bought via mail order from Hong Kong, I was a different person. The world looked different through a lens and I became different. Although it was uncool to walk around with a camera around your neck, I felt like it gave me a sort of ‘control’ at a time when I felt I had no control. Armour when I felt weak. I could manipulate the world around me when it felt like the other way around. I could lose myself in the darkroom and find myself at the same time. A lot of photographers will say the same, of course. My experience is nothing unique. I only mention it as a contrast to where I am now, when photography doesn’t matter any more. When it all looks the same and it just doesn’t ‘fix’ your life the way it used to. 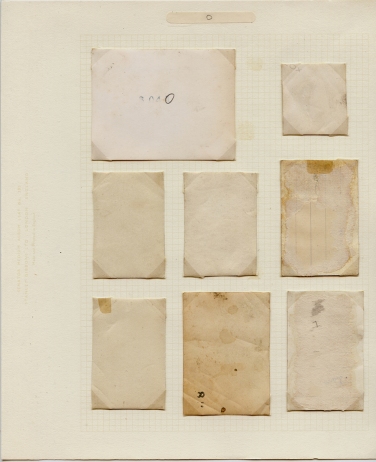 I’m so over-saturated with pictures these days I barely notice their nuances, their mystery. As curious as I am about what my peers are doing, I know so much more than I need to that, consequently, I have become less curious. All is laid bare on social media; the shows, the books, the editing, the contests, the endless cycles of presentation, commentary and self-reflection. It’s barely lunchtime and I’ve scrolled, almost accidentally, through probably a hundred pictures. I remember looking at single pictures back in the day and conjuring in myself a sort of narrative about them. Now, there’s a carefully edited series of 30 with accompanying text before me and most of it is just sky. Everything looks like everything else – including my own, I have to say. I’m part of this, too. Of course I can turn away from the screen and work any damn way I want but it’s more complicated than that. The desire to photograph has somehow been eroded along the way. I don’t want to contribute to this heaving, flickering pile of data. The desire to ‘make’ is still there but I’m unsure where these documents belong and how they are shared without losing their intrinsic integrity and value.

I’ve learned that, even without a camera, the stirrings inside, the voices in my head, need to be attended to. The urge to create, to say ‘I am here’, has not abated over time but, for me, it’s not about pictures anymore. My work used to be murky anyway but now any semblance of ‘picture’ has ghosted away into a sort of residue of stained paper and feint typing. For whatever reason, it feels more direct, more intimate and maybe, deliberately?, less ‘internet-friendly’. Selfishly, I suppose, it feels more mine. And what is more mine is harder for someone else to take away. Maybe the urge to photograph will come again but, for now, my eyes don’t feast on pictures any more nor do I hunger to make them. I wonder if other photographers have felt the same and where they turn when the camera wasn’t enough.

A brief addendum … there is another coincidence about 2008, the year Nihilsentimentalgia began. I witnessed something very unusual in the woods near my home that year. I saw it with a friend who has since died. For the past decade I’ve planned on restaging what I saw and photographing it. I’m shooting this week. When those rolls are processed, maybe I’ll feel what I used to feel again. Or maybe they’ll look like just another version of something I’ve seen or done before. Maybe that feeling I had when I first held a camera was supposed to be temporary and there is no mourning to be done. Maybe we are meant to see and feel and heal differently over time. A camera is not, always, forever.

Note: If you’ve been following Nihilsentimentagia for some time and would like to contribute with a post, during this year, feel free to let me know..

One thought on “Ten years of Nihilsentimentalgia, by Robin Cracknell”