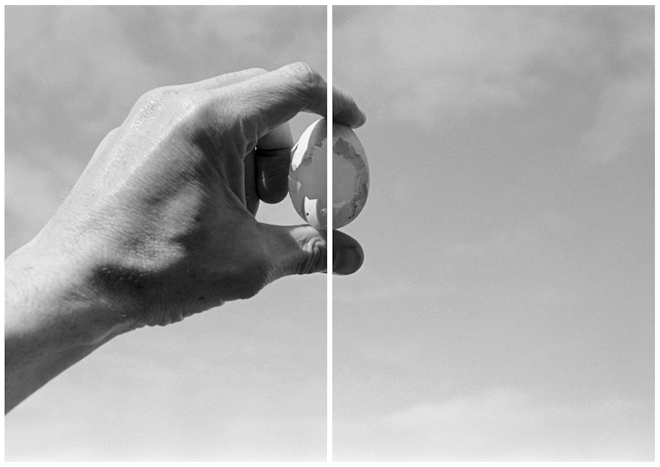 “I never set out to document anything. It was more of a search, an investigation. I wanted to understand more of myself. To find others like me. I needed to be sure that I wasn’t the only one.

In 1986 I left Northern Ireland for London and for work. I brought me a diploma in computer studies, a strong accent and £50 that I think my father gave me at the ferry terminal. When questioned about my origins in London I rarely had much more than a terse answer. I didn’t have a strong sense of what culturally defined me as being from the North of Ireland. If I did venture into that definition a violent history emerged. And it was difficult to reject that violent element of my heritage without rejecting much of the culture and history. Over the years I returned ‘home’ to Northern Ireland many times and felt with each return increasingly alienated, to the point where I now view my home country as a detached outsider.

But there must be others. I’m sure we, the ones from over there, all get asked the same questions; of origin and of history. And therefore some of those others, like me, must also doubt their answers. Of belonging? There are those, the numbers of whom are unknown to me, although I suspect there are many, that do not answer or give a faux “…it doesn’t matter…”. So much is buried in such a dismiss. For many don’t want to embark down the tiresome road of “…going into that nonsense…”.

I reached the seminal point of detachment in 2010, when I returned to Belfast for a family Christmas. Arriving in the morning and tired from my journey, I slept until mid afternoon. During my sleep there was a heavy snowfall and on waking I stared at this new white landscape from the bedroom window. It felt, for a moment, that a troubled history had been wiped clean but I realised that the snow, although deep and heavy, lay lightly on the surface and was like myself without roots. At that point I knew I did not belong here and because I didn’t feel I belonged elsewhere I needed to understand my sense of displacement.

I am convinced however that there exists within us all a deep sense of origin. It is stronger in some cultures, less deeply buried perhaps. To be clear I’m not talking about nationalism, no, that is something else. That’s wrapped up in political ideals and tied to legal boundary posts. What I’m referring to is more a primeval notion of origin. An unconscious apolitical reference point, which influences much of our choices.

On my recent trips to Northern Ireland I visited familiar places. I was trying to find some resonance of myself engrained in the substance of these known locales. I looked in museums, the repositories of local history and culture, hoping to find some clarity as to my origins. I visited the border country between the north and south of Ireland. Thinking that by looking across that troublesome boundary line to another supposedly different place it might jolt a notion of longing through knowing I didn’t belong there; but in fact it was hard to see where one country ended and the other began. I journeyed to Stormont the seat of political power and once there, I walked the peaceful woods surrounding that contested white building. Throughout all of this, I explored the faces of my fellow countrymen. These faces would surely harbour some common trait, characteristic or expression that I could recognise as my own.

For we as humans have need of a reference point – a beginning? We require that ‘A’ to start from and ‘B’ to arrive at. You see I think we like straight lines, they are easy to negotiate and are convincing in their simplicity. History has, for example, a habit of being drawn as a straight line for that very reason. Well, I read the history; several versions of it. And yes, each drew its own straight line. And I got sick of the sight of it to be honest. It wasn’t telling me anything I wanted to know. It told me someone else’s story. So I went back there. I went back to find my own ‘A’.”

More of his work can be seen here